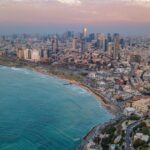 Pursuing and advancing its reputation as the “Start-Up Nation”, in 2017, the State of Israel continued to emphasize innovation at the forefront of its culture and business environment. The international Bloomberg Innovation Index of 2017 ranked Israel as the 10th largest country of innovation. More than ever, Israel offers countless investment opportunities for global and …

END_OF_DOCUMENT_TOKEN_TO_BE_REPLACED

Most multinational corporates and investors are aware of the commercial opportunities in the Israeli market and, similarly, many multinational law firms – especially from the US and UK – are aware of the vibrancy and growth of the Israeli legal market. Despite official restrictions on international firms operating in the country having been lifted for some time, the market remains dominated by strong domestic firms, of which there are many. Indeed, relative to population, Israel is the most heavily lawyered nation on Earth, and, as many of the country’s leading lawyers have been educated or trained or have worked in the US or Europe, firms tend to have the legal expertise and the international relationships needed to thrive in what is one of the region’s most sophisticated commercial markets.

Although 2018 did not see any single transaction quite in the range of Intel’s 2017 acquisition of Mobileye, Israel experienced no dearth of high-value M&A and international investment activity; partly thanks to the country’s world-class hi-tech sector and partly thanks to certain legislative initiatives that have necessitated a number of major transactions. Israel’s Anti-Concentration Law, which aims to reduce the size of large Israeli business groups and thus promote market competition, has been consequential since its adoption in 2013, and its most recent application to the country’s banking sector has culminated in forced disposals by Bank Hapoalim and Bank Leumi of their card payment businesses. At the time of writing, Bank Hapoalim is leaning toward an IPO for Isracard, while Bank Leumi opted to go the way of M&A, and sold Leumi Card to New York private equity firm Warburg Pincus in 2018. In addition to those transactions born of regulatory necessity, Israel’s hi-tech sector is a wellspring of international commercial activity and is commonly the source of the country’s most valuable M&A. One of the first major exit transactions of 2018 was StoreSmarts’ acquisition by US-based Retail IQ, but the year’s largest exit transaction was KLA-Tencor’s $3.4bn acquisition of Orbotech.

Looking at the legal market itself, 2018/2019 has seen several notable lateral hires and team moves in addition to a significant law firm merger. Finalised in the first month of 2018, Shibolet & Co’s merger with Raved Magriso Benkel & Co brought the former’s strengths in hi-tech, banking and M&A together with the latter’s expertise in infrastructure, litigation and administrative law, and created what is now one of the five largest law firms in Israel. Agmon & Co. Rosenberg Hacohen & Co. hired the hi-tech team from Lipa Meir & Co in order to develop not only its hi-tech practice, but also its life sciences practice. Lipa Meir & Co also has taken steps to transform its international capabilities and recently merged with specialty corporate and banking outfit Preis, Baharav & Co. One partner hire that ties back into the country’s regulatory landscape is Herzog Fox & Neeman’s recruitment of Seffy Zinger; until his arrival in 2018, Zinger had served at the Ministry of Justice and led the drafting process for the Law of Insolvency and Economic Rehabilitation, which aims to modernise and consolidate the set of insolvency laws for individuals and corporates in Israel; the law will come into effect in 2019. Also of note, hi-tech specialist Lori Almouli-Confino has taken a position as managing partner at Efrati Galili & Co., Law Offices, where she seeks to develop the decades-old firm’s ‘new economy’ capabilities. Finally, with the announcement of its official alliance with Kennedys, insurance boutique Zelichov, Ben-Dan & Co has become one of the first Israeli firms to form a formal affiliation with an international law firm.