As the lending environment improves in countries across the CEE region, forecasters expect there to be an uptick in cross-border transactions, often involving more than one lender. Already, there has been a noticeable upturn in M&A activity in Hungary, while firms continue to report a steady flow of restructuring work and instructions relating to the sale and purchase of non-performing loans. The Hungarian National Bank acquired a majority stake in the Budapest Stock Exchange at the end of 2015 with the stated view of privatising a number of state-owned companies through an IPO, however progress on this has been slow. However, approximately ten large state-owned enterprises have been earmarked by the government as prime candidates for an IPO in the next one to two years. If the government delivers on its plan, this could lead to a bonanza of large IPOs on the Budapest Stock Exchange on a scale not seen since the late 1990s.

The TMT, solar power and renewable, and real estate sectors continue to drive the economy forward. Investors’ confidence in the market has recovered thanks to a stable economy, and a number of overseas players are circling the market looking for investment opportunities. The Hungarian state has invested heavily in the real estate sector in the past few years; the consolidation of these companies is now underway and it is expected that potential future partial-sales could generate significant work for law firms.

The Hungarian government aims to strengthen its position on the national energy market through government-controlled entities. A non-profit public utility holding company has been established, which has gained a large number of clients in the gas and electricity universal service market, and now aims to enter the district heating service market. As a result, private investors have less appetite to expand and invest in Hungary. The Hungarian government also imposed special taxes on sector players and introduced a strict regulation of retail prices. In addition, the government’s goal of decreasing household utility prices has resulted in a rather hostile attitude toward energy companies, particularly electricity and gas distribution companies as well as universal service providers. As a result of these measures, investments in the traditional energy sector have decreased significantly in Hungary during the past year, although this has been partly offset by interest in the renewable energy and solar power sector. New developments in the Hungarian regulatory framework concerning electricity generation from renewable energy sources have created increased interest among investors for the development of photovoltaic power plants in Hungary. 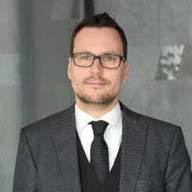