Regional coverage: Other notable firms in Beijing in China

The seat of government in a highly centralised state, Beijing’s legal market is heavily influenced by the presence of administrative and regulatory bodies in the city. Although Red Circle firms, such as Zhong Lun Law Firm, King & Wood Mallesons and Jingtian & Gongcheng dominate, smaller firms have carved out a niche in the regulated industries and certain practice areas such as competition and antitrust, data protection and financial services. Dispute resolution is also an integral part of the local market, with Beijing serving as the base for China International Economic and Trade Arbitration Commission (CIETAC) and the Beijing Arbitration Commission (BAC), both of which are respected forums for domestic, and increasingly international, arbitration. Another area that's seeing increased activity, resulting from the Sino-US trade war, is WTO and international trade disputes; with lawyers reporting an uptick in Beijing-based Ministry of Commerce of the People's Republic Of China (MOFCOM) investigations of foreign importers and WTO disputes involving Chinese exporters.

Shihui Partners is a boutique focusing on the e-commerce and internet sector, where it provides clients with advice on investment and financing, capital markets and M&A. In 2018, the team has attracted talent from a number of larger national firms, including private equity investment specialist Darren Liang who joined from Han Kun Law Offices and capital markets expert Steven Zhao, who arrived from Fangda Partners. Other key lawyers include founding partner George Niu, securities and capital markets team leader Miranda Jiang and Vicky Gong, who heads the wealth management team.

Yingke Law Firm is a full-service Beijing-headquartered firm with offices across China and a practice spanning M&A and business law, IP, litigation and arbitration, tax, foreign direct investment and regulatory and government affairs. Key figures include Fenghe Wang, who focuses on arbitration in the financial sector; public-private-partnership (PPP) project expert Longxing Wang; and Hua Li, who is a leading figure in the capital markets team.

Having merged with Sinobridge Law Firm in 2018, Anli Partners is a full-service firm that is particularly noted for work in the real estate and TMT sectors; Sarah Gao and Shuguang Yang standing out in each department respectively. Led by Cherry Cai, the firm also has a strong antitrust and competition department, which regularly handles merger clearance and competition law compliance matters. Other core practices include corporate and M&A, where the firm is instructed by a wide variety of Chinese listed companies, SOEs and private enterprises.

Rui Bai Law Firm leverages its place as part of the PwC Legal network to advise domestic and international corporates and financial institutions on a range of corporate and commercial issues, but with a particular strength in the banking and finance sector; and within that, it has substantial experience advising on trading, financing and leasing of aircraft. Yi Liu is the name to note.

Key areas for Chance Bridge Partners are capital markets and commercial disputes, but it also has capable real estate, intellectual property and competition law departments. On the capital markets front, a department headed Ning Zhu, the firm handles securities issuances and listings, M&A of listed companies, asset securitisation and derivatives. The disputes department is led by John Ye and is instructed on domestic and international commercial litigation and arbitration, as well as criminal law matters, such as anti-corruption compliance and fraud cases.

Although the firm is headquartered in Chengdu, Tahota Law Firm's Beijing office is well situated to handle commercial litigation and arbitration, including shareholder and real estate disputes. The team, whose managing partner is Zhijun Shen, also focuses on contentious and non-contentious intellectual property rights mandates, drawing on significant expertise in copyright law. 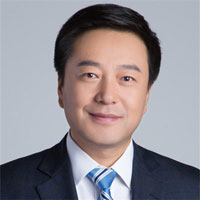 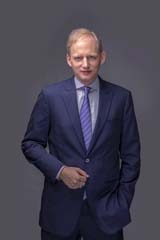 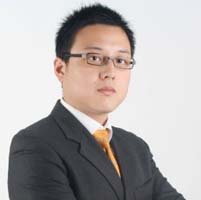 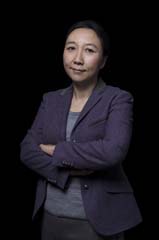