Kesikli Law Firm, a leading law practice based in Istanbul, Turkey, serves a diverse client base, from global corporations to small, entrepreneurial companies and individuals in a range of transactional, litigious and regulatory matters. 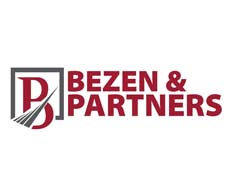 The firm’s dispute resolution practice has a proven track record of successfully representing clients in various litigation, mediation, ad-hoc and institutional arbitration proceedings across a number of industries and jurisdictions.

Since its foundation, Demir & Partners has been dedicated to serving its clients in accordance with the principles of structural dynamism, up-to-date information and specialisation, as well as being aware of the importance of converting the expertise and experience gained in practice areas to an institutional culture.

Miran Legal is a law firm established in İstanbul, Turkey. Miran Legal has been providing legal consultancy services to our clients operating in more than 10 sectors both abroad and in the country, with our expert staff in more than 15 branches of law, since it was established.

As the global pandemic has endured, Turkey’s economic fortunes have been mixed. On the one hand, it has been one of the few economies continuing to grow despite the pandemic, with more rapid growth forecast after an initial slowdown in 2020. However, the value of the Turkish lira has fallen dramatically prompting President Recep Tayyip Erdogan to ready plans to help savers by paying the difference between the value of savings in lira and equivalent dollar deposits. He has also continued to cut interest rates, a move that has been divisive. The weak lira has meant overseas investment into Turkish companies have been more common instructions for corporate and M&A practices, while domestic transactions have stagnated. These difficulties have only served to deepen the political divide in Turkey, Erdogan’s regime continually coming in for criticism from without and within. Aforementioned foreign interest in investment is tempered by wariness of being seen to actively back the Erdogan government.The IT and technology sectors have been the source of the most interesting transactional matters in the Turkish legal market recently and are keeping firms on their toes as regards regulatory issues too. Most notable are the regulations applicable to social media companies to whom Turkey’s leading firms are providing regular counsel to ensure compliance, with further regulation expected. Fintech is also becoming an increasingly important and complex sector with the shift towards blockchain and alternative investment methods being hastened by the volatile value of the lira. The traditionally strong energy and infrastructure sectors have continued to generate work for project financing teams in Turkey, long-term projects needing attention while new investments have slowed. Renewable energy is expected to become the foremost sector for project financing soon, while the airport, road, railway and infrastructure sectors are seeing a number of PPP projects as the Turkish government promotes independent investment in these areas.The legal market is dominated by internationally-affiliated firms, with GKC Partners (in professional association with White & Case), Esin Attorney Partnership, Member of Baker & McKenzie International, and Balcioglu Selçuk Ardiyok Keki, an affiliate of Dentons, all having a notable presence across the major practice areas. Key domestic firms include Paksoy, Hergüner Bilgen Özeke, Moroglu Arseven and Gün + Partners. Most prominent firms are full-service, handling both contentious and non-contentious work across a variety of sectors, while a number of smaller, often boutique firms handle specific areas such as IP, dispute resolution, competition and insurance work, for domestic and international clients.