The firm: Established in 1974, Formosa Transnational (FT) has endeavored to provide high-quality legal service, foster social justice and advocate the rule of law. With a spirit of specialisation, teamwork and professionalism, FT always stands along with its clients, assisting companies, entrepreneurs, agencies and organisations, multinational or domestic, to plan ahead for their business operation and …

END_OF_DOCUMENT_TOKEN_TO_BE_REPLACED 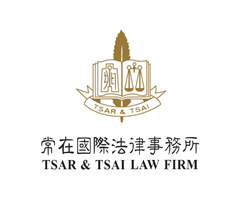 Tsar & Tsai Law Firm is a Taiwan-based partnership engaged in the provision of legal services relating to all aspects of international and domestic business transactions, as well as dispute resolution and litigation. The firm was founded in 1965 by Ruchin Tsar and Paul C Tsai, and has grown to over 50 attorneys admitted to …

END_OF_DOCUMENT_TOKEN_TO_BE_REPLACED

The economic situation in Taiwan is delicate. Although some manufacturing and capital has returned to Taiwan from China, the long-term outlook remains uncertain, impacted as it is by slowing demand globally for the products of its export-oriented economy and by the US-China trade war. Nationalist president Tsai Ing-Wen is running for re-election against Han Kuo-Yu, a populist who is in favour of a closer relationship with China. Protests in Hong Kong meanwhile have only increased tensions over China’s sovereignty claim over Taiwan. The US has stepped up its diplomacy with Taiwan as part of its trade war with China; however, China has intensified pressure on countries and corporates not to recognise Taiwan. China’s influence has been particularly strong in Southeast Asia where Taiwan had been aiming to develop economic ties. A general reluctance by ASEAN countries to take sides in the ongoing US-China trade conflict had somewhat hindered Taiwan's ability to capitalise on the regional market.M&A has been one of the areas most impacted by the US-China trade war, particularly in the semiconductor sector, which is a key part of Taiwan’s economy. For its part, the government is encouraging Taiwanese companies to list on the Taiwan Stock Exchange by reducing penalties for those with unregistered investments in China. It has also lowered the corporate income tax rate in an effort to stimulate the business sector. Also on the legislative front, GDPR has been widely adopted in Taiwan and has led to a surge of activity for lawyers in the TMT and data protection space. The country's renewable energy sector is also notable. Following the success of the Formosa 1 wind project, there has been increased appetite to finance and construct more wind projects, and indeed the government has made a long-term pledge to eliminate non-renewable and nuclear power.Taiwan’s legal market is composed of a couple well known international firms, several more domestic firms handling significant cross-border work, and a number of strong local firms focusing on high-quality domestic work. International mandates and cross-border transactions are handled by international giants Baker McKenzie and Jones Day, as well as prominent domestic firms including Lee and Li, Attorneys-at-Law, Tsar & Tsai Law Firm, Formosan Brothers Attorneys at Law. Conversely, mid-sized firms such as Chien Yeh Law Offices and Lin & Partners Attorneys-At-Law are recommended for their focus on the domestic market.