Advocates in Scotland are governed by the Faculty of Advocates, an independent professional body housing more than 400 members, the majority of which have an affiliation with one of nine stables, although there are some members who have no stable affiliation, referred to as non-clerking members of faculty. The faculty provides a framework for the stables to coexist and acts as a regulatory body for the advocates.Stables have historically been named after their chief clerks, although this convention is changing, with five of the nine stables no longer being branded in such a fashion. The most recent of these changes took place upon the retirement of Banny Mackinnon, whose formerly eponymous stable is now known as Optimum Advocates. Clerking teams are generally smaller than in England and Wales, while the stables themselves also generally house fewer advocates than comparable non-boutique offerings south of the border. Marketing and self-promotion also tends to be handled at an internal level.Glasgow-based Optimum Advocates' and Black Chambers’ core expertise lie in mainstream criminal law, and both draw upon this key strength to act for clients in other matters such as health and safety prosecutions and fatal accident inquiries. Arnot Manderson Advocates and Hastie Stable also have expertise in criminal law, as well as civil disciplines.Other stables cover a broad spectrum of practice areas, often with one or more key areas of specialisation. For example, Terra Firma Chambers is particularly notable in planning law; Westwater Advocates is renowned for its strong family contingent; Compass Chambers has deep strength in clinical negligence and personal injury work; while Axiom Advocates has a great reputation in commercial litigation. Other areas such as public law are more evenly contested, though members of Ampersand Advocates has been instructed on several of the year’s most prominent cases in this area.The Scottish courts have seen two of the year’s most important constitutional and public law cases of recent times. In Andy Wightman MSP and others v Secretary of State for Exiting the EU , Scottish judges in the Court of Session were asked to consider whether the UK government could unilateral revoke Article 50; the Court of Justice of the European Union (CJEU) eventually ruling that such a decision was possible.The other Brexit-related case of note is Jolyon Maugham QC's Good Law Project's challenge (Ampersand Advocates' and Matrix Chambers' Aidan O’Neill QC instructed) to Prime Minister Boris Johnson’s decision to prorogue the UK parliament ahead of the 31 October 2019 Brexit deadline; in September 2019, Scottish appeal court judges declared the prime minister's decision to suspend parliament to be unlawful. Maugham QC and Scottish National party MP Joanna Cherry QC have since launched a separate legal challenge in Scotland aimed at compelling the prime minister to seek an extension to Article 50.

Connect on LinkedIn for the latest blogs and updates from The Legal 500 editorial team. 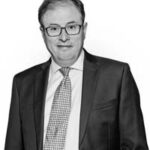