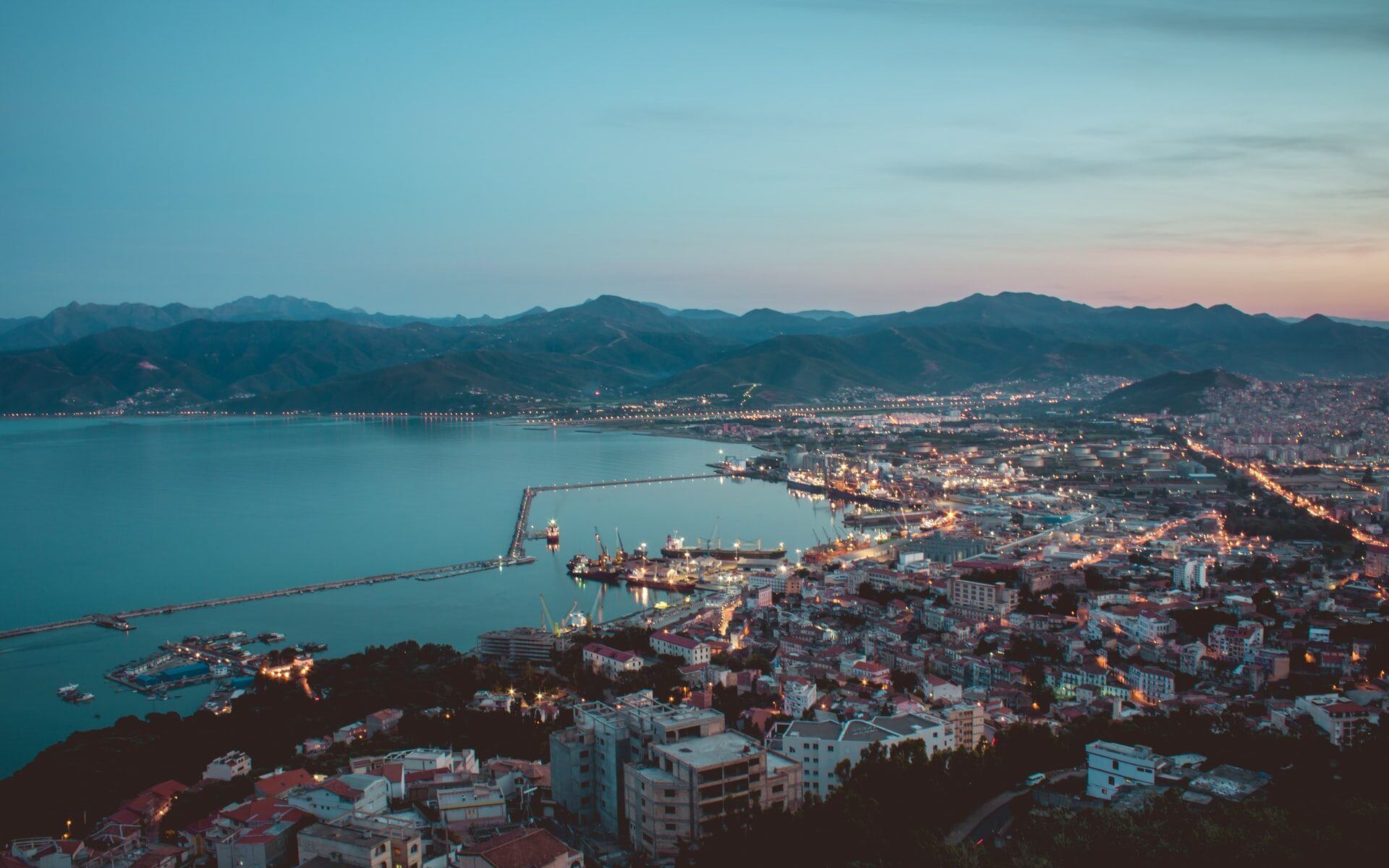 Algeria is the leading natural gas producer in Africa and the second-largest natural gas supplier to Europe outside of the region.

With a territory of 2.4 million km² and a dynamic demography (+900,000 inhabitants/year, 44 million inhabitants on 1 January 2020), Algeria has the 4th largest GDP on the African continent (144 billion USD in 2020) and the highest GDP per capita in North Africa.

The Algerian economy is heavily reliant on hydrocarbon exports. On average, hydrocarbons represented 93% of the country’s exports, 43% of tax revenues and 21% of GDP over the period 2004-2020.

Algeria remains a sizeable and lucrative market for foreign investors.

In addition, Algeria offers a skilled and affordable workforce as well as electricity, gas, and water at competitive prices.

Although hydrocarbons remain the backbone of the Algerian economy, accounting for more than 90% of exports, there are business opportunities in numerous other sectors such as agriculture, infrastructure, housing, clean energy, and pharmaceuticals.

In 2020 the Algerian Government launched ambitious efforts to improve the investment climate and respond to the Coronavirus pandemic.

Steps taken have included revising the country’s investment legislation to ease market entry for foreign investors and ending the 49% cap on foreign equity in all non-strategic sectors. See below for further details.

The COVID-19 pandemic seems to have acted as a catalyst for the pace of transformation: no less than three reforms have been initiated in less than two years, covering key sectors such as energy and pharmaceuticals.

Algerian law is mostly based on the French civil law system. Accordingly, it is a codified system of law where the legislation is divided into codes which contain the primary legislation.

Furthermore, the Algerian Constitution dated 8 December 1996 and amended several times, contains, amongst others, provisions on division of powers, the tasks and the election procedure of institutions, and values of the Algerian society.

The limited liability company and the joint stock company are, in practice, the most used corporate forms because they limit the liability of their members to their contributions to the company’s share capital.

The incorporation of an Algerian company involves the signing, in front of a public notary, of the articles of association. The articles must be drafted in Arabic and governed by Algerian law. Foreign investors must import foreign currencies through legitimate banking channels in order to subscribe and pay the Algerian company’s share capital in front of the notary.

Since 2016, aware of the competition between Mediterranean countries, particularly within the Maghreb, to attract quality Foreign Direct Investments (FDIs), and given Algeria’s longstanding need to diversify its economy away from hydrocarbons, Algeria initiated a process to reform its investment law.

In 2016, Law No. 16-09 on the promotion of investment dated 3 August 2016, as amended (the “Investment Law”) repealed the former investment law and relaxed several existing rules, notably the 49% cap on the participation of any foreign investor in the capital of an Algerian company (“the so-called 51/49 rule”)

On 11 December 2019, the finance law for 2020 limited the 51/49 rule to strategic and importation activities and authorised the use of foreign financing for strategic activities from development financial institutions.

The 51/49 rule, however, remained in force for all activities until the list of strategic sectors was set via the publication of the Supplementary Finance Law for 2020 and its implementing regulation.

On 4 June 2020, the Supplementary Finance Law for 2020 was published in the Official Gazette. The new law represents a major turning point in the country’s foreign investment policy, in contrast to the approach taken ten years ago.

The main feature of the Supplementary Finance Law for 2020 is a striking reversal of principle: a foreign investor may now invest in all economic sectors up to 100% of the share capital of an Algerian company except for strategic sectors defined in a relatively restricted manner and for importations of goods intended to be resold in the same condition.

Key aspects of the recent reform of Algerian investment law are discussed below to provide foreign investors with an understanding of the current overall legal framework for investment.

Before the publication of the Supplementary Finance Law for 2020, foreign investors had to find one or more Algerian partners in order to set up a joint venture. Algerian national resident(s) had to hold at least 51% of the share capital in the joint venture company regardless of the market sector the company planned to operate in.

In the decade following the introduction of the 51/49 rule the level of foreign direct investment drastically decreased, leading the Algerian Government to limit the 51/49 rule to a restricted list of activity sectors.

The Supplementary Finance Law for 2020 repeals the 51/49 rule except for the importation of goods in order to resell them in the same condition and for five strategic sectors (as defined below).

Pursuant to the Supplementary Finance Law for 2020 (as amended), the strategic sectors subject to the 51/49 rule are defined as follows:

Pursuant to separate sets of laws and regulations, the following important sectors are also subject to the 51/49 rule:

An implementing regulation has been published and provides further details regarding the definition of strategic sectors.

To this end, Decree 21-145 lists 44 activity codes considered as “strategic”.

As a general comment, it is interesting to note that Decree 21-145 marks an opening of the energy sector to foreigners: foreign investment will be unlimited in (i) the electricity production from renewable energies and in (ii) the downstream of the hydrocarbon sector (except transport by pipeline) such as oil services, refining or oil drilling.

In contrast, most of the activities in the pharmaceutical industry sector are qualified as strategic, thus restricting the participation of foreigners in the project companies to 49%.

(ii) Importation of goods for resale in the same condition

The objective of maintaining the 51/49 rule to activities of importing raw materials and finished goods for resale in the same condition is to discourage the development of these costly activities for the Algerian external balance and to limit the transfers of foreign currencies outside Algeria.

Given the above, all other activities associated with producing goods and services – including the telecommunication, banking and insurance, agri-food, and construction sectors – are now open to foreign investment without any obligation to create a partnership with a local party.

The Supplementary Finance Law for 2020 repeals the pre-emptive right of the Algerian Government over any direct transfer of shares by or to a foreign investor.

The Supplementary Finance Law for 2020 remains silent as to the way this authorisation can be obtained and refers to further regulations. It is, of course, desirable that any implementing legislation be adopted swiftly to a) mitigate the risk of blocking situations developing, b) clarify the law, and c) provide a uniform approach for supplying authorisation.

The Supplementary Finance Law for 2020 permits foreign investors to finance their investments from abroad. The explanatory notes view this measure as a prerequisite for opening up Algeria to serious foreign investors who have their own capital.

There are, however, areas of uncertainty regarding the technical application of this measure. For example, the question of whether borrowing from foreign banks is compatible with the banking monopoly (whereby only duly licensed credit institutions may perform banking transactions in Algeria regularly), is crucially important in practice.

In addition, it is vital that the Algerian resident borrower can transfer into foreign currencies the repayment of loan maturities, interest, the principal in case of a default, or any other form of remuneration to the foreign bank.

It would be desirable for the Algerian Central Bank – in order to reassure foreign lenders – to publish guidelines clarifying the procedures for repatriating loan repayments and interests under the new law (although a few scattered texts already exist).

For example, in the renewable energies sector, where the ambitious SOLAR 1,000 MW call for tenders has been recently launched, recourse to organisations such as the World Bank / IFC or French AFD / Proparco would provide access to global packages including financing and would give the project “credibility” vis-à-vis the international community.

An important question that frequently arises is how the repatriation of investment proceeds operates under Algerian law, and how it is effectively implemented in practice.

The Investment Law expressly provides in favour of foreign investors for the transfer guarantee of dividends and investment proceeds.

As a reminder, the transfer guarantee is the right for any foreign investor to transfer in foreign currency the dividends and other revenues resulting from its investment, subject to certain conditions being met.

Practice shows that in most cases, foreign investors can transfer in foreign currencies the dividends and other revenues distributed by their Algerian subsidiary, although such transfers are subject to a cumbersome administrative process with local banks, particularly for the first transfer.

The Investment Law provides for traditional guarantees that are usually granted under bilateral investment treaties.

Algeria has entered into bilateral treaties on investment protection with numerous countries such as France, Germany, Switzerland, Italy, China, the UAE, Qatar and Turkey.

The Investment Law grants a certain number of guarantees to foreign investors, such as:

The Investment Law provides for an incentive scheme organised around three levels of advantages:

In terms of eligibility, any investments registered with the National Agency for the Development of Investment (“ANDI”) that are not included on the lists of activities excluded from all advantages (“negative lists”), automatically benefit from the general advantages provided for by the Investment Law, except in specific cases.

To promote the diversification of its economy, Algeria wants to encourage the development of industrial activities and local integration. To achieve this ambition, three new investment incentive regimes have been introduced by the Supplementary Finance Law for 2020:

Implementing texts and specifications for each of these industries should be published to ensure the effectiveness of these incentive schemes.

To address young people’s economic aspirations, the Algerian Government has put in place a policy to encourage the development of start-ups.

Several measures have thus been adopted in the Finance Law for 2020 and the Supplementary Finance Law for 2020: various tax exemptions (VAT, corporate income tax, reduced customs duties, etc), permission for investment companies to hold more than 49% of the share capital of start-ups to encourage fund-raising. More recently, a fund dedicated to start-ups operating in innovative sectors has been established. 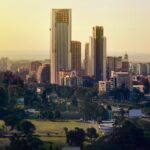 Introduction Kenya has shown a resilient recovery from the COVID-19 pandemic with efforts being undertaken to support trade, attract further foreign investment and improve value chain development across various economic sectors. Kenya is considered the economic, commercial, financial and logistics hub of East and Central Africa. With the strongest industrial base in the region, Kenya …

END_OF_DOCUMENT_TOKEN_TO_BE_REPLACED 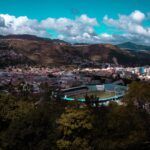 Changes in 2022 versus 2021 During the years 2021 and 2022 significant changes have been carried out in the national legislation that depends on the perspective of each businessmen. Changes can mean a benefit or appear to be something “good” for the country, or on the other hand, something that has a negative impact on …

END_OF_DOCUMENT_TOKEN_TO_BE_REPLACED 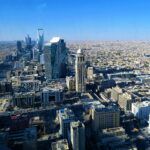 The Law Firm of Salah Al-Hejailan LLC was founded in 1968 by the late Sheikh Salah Al-Hejailan, who was awarded the honour of Commander of the British Empire (CBE) by HM Queen Elizabeth II in 2004 in recognition of his role as honorary legal adviser to the British Ambassadors to the Kingdom of Saudi Arabia …

END_OF_DOCUMENT_TOKEN_TO_BE_REPLACED 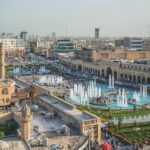 While doing business in Iraq comes with its own variety of unique and variable obstacles, the country has enormous economic potential. Iraq is ranked towards the bottom of the World Bank’s ease of doing business report. Nonetheless, it is still regarded as one of the world’s wealthiest countries, with substantial hydrocarbon reserves, a dense population, …

END_OF_DOCUMENT_TOKEN_TO_BE_REPLACED 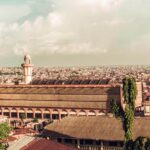 1. Introduction The Federal Republic of Nigeria (“Nigeria”), the most populous country in Africa, accounts for one-sixth of Africa’s population. Nigeria also plays host to one of the continent’s fastest-growing economies. Following a contraction of 1.8% in 2020 with growth losses occasioned by the COVID-19 pandemic (“the Pandemic”), the economy rebounded and grew by 3.6% …