‘We receive daily enquiries from mostly UK-born Muslims who are under 40 and see no contradiction in being British and Muslim. They want both these legal needs met.’

This is a fascinating area of law and one that is seeing rapid development. This is a time when anyone who wants to become embroiled in controversy only has to use the word ‘Sharia’. Since February 2008, when the Archbishop of Canterbury caused a furore by saying that Islamic family law was ‘inevitable’, Sharia law has not been out of the news. There are currently bills pending in many US States proposing the outlawing of religious law. Ironically this will affect Jewish Beth Din as well as Sharia councils.

In the UK and Europe there is also unease. Baroness Cox has proposed a Private Member’s Bill in the House of Lords proposing curtailment of religious bodies’ involvement in resolving family disputes. Although the Bill does not refer to Sharia directly, Baroness Cox has stated that that is what concerns her. What is the future? There are approximately two million Muslims in England, of whom one million are in London and 70% nationwide are eligible for legal aid. This is a substantial area of demand on public services. On the other hand, there is substantial wealth in the Muslim community and demand for Islamic legal services is increasingly annually.

Islamic family law, introduced 1400 years ago, has many innovative points:

My daily experience of providing Islamic family law solutions under English law is in many of these areas. I have specialised in this niche for 15 years, provide expert opinions for courts and am committed to introducing new solutions to achieve just results. We receive daily enquiries from mostly UK-born Muslims who are under 40 and see no contradiction in being British and Muslim. They want both these legal needs met. Assimilation has meant that there is not so much reliance on extended family members resolving family matters and the consequence is that all manner of family disputes are now in the public forum.

Focusing on three areas of Islamic law, the following are examples of issues that may arise:

A situation may arise where the parties marry under Islamic law in England. The wealthier party may not want to register the marriage in England and Wales. Believing that they are married, the other party may invest financially in the wealthier party’s assets but if the parties then separate, so far as the law of this jurisdiction is concerned, as a cohabitee the only remedy available would be a claim under the Trust of Land and Trustees Act 1996.

Cohabitation is of course increasingly common, but Muslims cannot cohabit so they have a Nikah ceremony. Others do not know their marriage is not legal and some become complacent and do not register their marriage. Cardiff University research in 2009 found that 50% of Islamic marriages are unregistered and this figure has grown in recent years.

These couples find themselves with no matrimonial rights. In contrast, if the marriage is valid abroad, it is accepted in England. Many 100,000s of British Muslims are marrying and divorcing without any reference to local, civil, English law. Only 10% of mosques in England are registered to conduct weddings which can count as English civil marriages. In part this is because weddings often occur in private homes and other places, with the Imam being in attendance.

The lack of registration of English mosques to conduct wedding services contributes significantly to the very many members of the Islamic community who regard themselves as married and yet are not married in the eyes of the law. A recent case came close to changing this ( El Gamal v Al Maktoum [2011]). In this case the judge at first instance allowed the wife to lodge her petition and claim a matrimonial financial settlement, even though there was not even a signed Islamic marriage certificate. Many feared the floodgates would open as aggrieved cohabitees sought the status of marriage, but at a further hearing at the High Court Bodey J held that the Nikah was not a valid marriage even though the woman and the Imam thought that it was. There is clearly an urgent need for legislation to clarify the status of religious marriages. The Home Secretary is setting up a working group, but for now it is essential to check that clients who say they are married are asked to show the valid marriage certificate.

A Muslim marriage contract can incorporate prenuptial contracts which comply with English law. Muslim couples are then encouraged to marry under English law, having ‘ring fenced’ the family assets and businesses (rather than involving extended family members as interveners in a matrimonial finance settlement).

Issues can arise when a wife seeks an Islamic divorce, having already divorced under English law, but the husband refuses to agree to an Islamic divorce, often to get a more favourable financial settlement or simply to prevent her remarrying. Worse, when a woman is married only under Islamic law, English law cannot help her. Her situation is the same as ‘Agunah’ Jewish ‘chained wives’ or, more accurately, ‘Mesorevet Get’ victims of Get (divorce) refusal. In such cases, Muslims wives can obtain a divorce from a Sharia council even if the husband does not consent. This is accepted by the Muslim community and the wife is able to remarry. There is urgent need for Muslim women to escape ‘limping marriages’ but there are often long delays at the Sharia councils because demand is growing year on year.

A Muslim marriage contract can include a clause giving the wife the right to an Islamic divorce (known as ‘Tafweed’), eg this clause is in the standard Pakistani marriage contract since the Muslim Family Law Ordinance 1961. If women had this right in their contracts, they would not need to ask for a divorce from the Sharia council. Indeed, this right can be delegated by the husband during the marriage, so it is something to be negotiated by the wife.

For those women who do not have this right of divorce, the Sharia councils provide them with the reassurance that they have been divorced by a scholar, and that this is valid under Islamic law because of consensus among the community. If the husband agrees, it is called a ‘Khula’ divorce and if he does not, but the woman has valid grounds for a divorce, it is called a ‘Faskh’ divorce.

Currently, some Sharia councils are requiring a minimum period of separation of one year, testified by two witnesses. There is no reason why women should face delays of anything longer than three months to obtain a divorce, since a man does not. The Quran lays out a clear system for divorce, ie the declaration of a divorce by the husband followed by mediation between the parties by appointing an arbitrator from each side, accompanied by a waiting period of three months in order to ascertain whether the husband is responsible for any unborn children. This right of divorce can be replicated for a woman by her having the right to divorce.

I have suggested to Sharia councils that the wife’s solicitors can handle the mechanics of the Islamic divorce process, ie writing to the husband with the Islamic divorce application. If he does not respond, by the solicitor providing the evidence to the Sharia council, it is a simple matter for them to endorse the Islamic divorce, just as is done by the English law court. This is currently in development. I would argue that the divorce should be granted at minimal cost and misery for the woman, who should not need to attend the Sharia council unless the matter is defended. My analogy is with English law, where the judge does not see the parties and an undefended divorce is granted within six months.

The Sharia councils are not courts and do not have any enforcement powers. When they sometimes advise on children and finance issues, when asked to do so, they advise that they can mediate, but the jurisdiction of the English family courts cannot be ousted.

A Muslim wife’s financial settlement (Mehr claim) may be recovered under the law of contract. Islamic marriage is not a sacrament but a civil contract. The consideration for the contract is the payment of something of value by the husband to the wife, either promptly on the day of marriage or, if he cannot afford it, deferred to a ‘trigger event’, such as divorce or the death of the husband.

The payment of the Mehr is an absolute obligation of the husband and there is no valid marriage without it. Its purpose is to provide the wife with financial security. If a man has not paid the Mehr at the time of the marriage, or if he wishes to divorce his wife, he has to pay her this sum first. It is recommended that it is something of value and the Quran refers to gold. The Mehr was in stark contrast to the system of ‘Jahez’, or dowry of pre-Islamic times, where the bride and her family had to pay the man to marry her. The Mehr remains a debt that ranks first upon the husband’s estate upon his death, or after divorce, until he pays in full. Mehr is a way for the wife to ensure that she will not have to resort to the divorce courts in the unhappy event that the marriage breaks down. It is a pre-agreed lump sum payable by the husband without argument, thus saving her a great deal of legal costs, delay and angst.

I have seen Mehr range from a token £101, to jewellery, to many acres of land worth hundreds of thousands of pounds. If, for example, a wife wishes to recover her Mehr and the Nikah marriage contract was signed before two witnesses in the usual way, but the parties had not married under civil law in the UK, the wife will have no matrimonial legal rights and only the status of a cohabitee who had made no contribution to the relationship. However, Islam protects a woman during and after marriage and a claim in the civil courts may be made for recovery of the debt as a contract.

Islamic law is developing as is its interaction with the law of this jurisdiction. However, for example, there has been no case law on Mehr since Shahnaz v Rizwan [1965]. Hopefully cases will be reported in the future so that we will have up-to-date case law that confirms the rights of women to receive their Islamic legal rights to Mehr under English law. 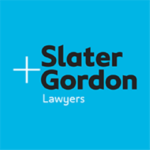 is head of Islamic legal services at
This article is based on a paper given on 1 March 2012 at an academic conference held at the Erlangen Centre for Islam and Law in Europe, Germany by the Religare Project, a three-year research project funded by the EU.

More from this issue...