The Kingdom of Saudi Arabia (KSA) is the prime economy in the Middle East and North Africa (MENA) region. The Kingdom’s public expenditure in infrastructure, health care, transport and other government-driven sectors is eminent in the MENA region. In an unmatched reform program under its vision 2030, the Kingdom is aiming to construct an economic, social and legal steppingstone for the upcoming generations. The Kingdom’s economy has grown to become the ultimate destination for worldwide investors, considering the unmatchable capabilities, investments facilities, programs and opportunities, constant reforms and decisive aim towards credibility, accountability, anti-corruption and transparency. The Kingdom’s Gross Domestic Product (GDP) ranks 16th among the G20 countries, 13th in global trade, 9th among the G20 in terms of area, 18th in terms of population, and 3rd globally in its investment funds. As such, public procurement reform is believed to spur development of the non-oil sector of Saudi Arabia’s economy, in line with Vison 2030. In this context, KSA introduced a new Government Tender and Procurement Law (GTPL). The GTPL aims at protecting public funds, stimulating economic expansion and encouraging investment by advocating equality, emphasizing integrity, fair competition and transparency.

The GTPL introduced extensive reforms, adjustments and updates to the procurement process.

The main modifications are observed within three primary sections in the Law:

The GTPL advanced a comprehensive diversity of templates for contracts, such as, Advisory Services Contract, IT Contracts etc.

The GTPL introduces amendments to a set of contractual principles, particularly:

Contracts must be paid in Saudi Riyals. Nevertheless, the Government Entity, upon the approval of the MoF, may accept another currency. As for the contract value, it may be amended post ratification, if there’s a change in prices of materials or services included in the tender provisions; if there’s a change in custom tariffs, fees or taxes; if there are unforeseen financial difficulties developing during the execution of the contract.

In addition, and as for the delay penalties, the Law stipulates that the contract period may be extended, without any penalty: (i) if the contractor was assigned additional works, provided the extension period granted aligns with the volume, nature and deadline of the added works; (ii) if the annual financial appropriations to complete the project are not enough to finalize the same in the preset date; (iii) if the delay in delivery is attributed the Government Entity or force majeure; (iv) if the contractor was delayed due to external factors and beyond his control; and (v) if the Government Entity issued a decision to pause or stop the project for reasons not attributed to the contractor. In other terms, the law grants the contractor an extra period if the delay is caused by a force majeure or an external factor beyond his control. The Council of Chambers backed this idea by issuing a statement solidifying the above exception and clearly authorized the extension of time in certain contracts due to Covid-19, as an effort to mitigate the damages of Covid-19 fallen upon contracts concluded with Government Entities under the GTPL.

Key updates were introduced to the new GTPL, for instance:

The Minister of Finance issued a communication mandating that the estimated value enclosed in the bidding offer for Direct Purchases, must include the Value Added Taxes (VAT). The Government Entity shall study the current market prices in depth in order to set internally an upper threshold for the total estimated value of the contract.

Under the new GTPL, Public Tenders remain the predominant and general method for contracting with Government Entities. However, the GTPL instituted five new methods of contracting, as follows:

The Ministry of Finance issued on 1 December 2019 a resolution permitting the adoption of General Tenders. The resolution postponed the use of Framework Agreements [except when contracting to purchase medical equipment for the Ministry of Health through the National Unified Procurement Company (NUPCO)], Two Stages Tenders, Competitions, Electronic Reverse Bidding and Sale of Movable Assets. However, on 17 December 2019 and 23 March 2020, the Ministry of Finance issued a resolution permitting the adoption of only Framework Agreements and Sale of Movable Assets. No further details were provided for the remaining methods of contracting.

One of the most important provisions in the GTPL is the unified web-based portal. The Electronic Government Procurement System – Etimad Portal (Portal) is one of the cornerstones of the Kingdom’s E-government. The procedures for all tenders and procurement by Government Entities are to be posted on the Portal. It works to consolidate the process of bidding and government procurement for all government sectors, enhancing transparency amongst sectors of government on the one hand, and among competing entities on the other. The portal allows the largest segment of competitors to access bids, enhancing competitiveness and improving the quality of government projects undertaken.

The Saudi Council of Ministers issued a resolution setting out the fees charged by the Ministry of Finance for the services of the Etimad Portal for government tenders and procurements. The fees are SAR /10.000/ ten thousand Saudi Riyals per annum for general normal services provided through the Etimad Portal. An extra SAR /500/ five hundred Saudi Riyals shall be added if the member requires further specific services.

Currently, the pressing matter is the Covid-19 Pandemic and the Governments’ Legislative response to the repercussions of the Pandemic. The Pandemic has unequivocally created disputes as to execution of the contracts. Given that the new and updated GTPL has been recently published and come into force, it is unlikely legislative amendments are to be considered any time soon. However, the Kingdom’s strive to constant development, fueled by Vision 2030, can induct legislative response to the Pandemic-related disputes. The laws and regulations in the Kingdom of Saudi Arabia dealt with the concepts of force majeure and emergency events, the GTPL as well acknowledges states of emergencies. In fact, the Council of Saudi Chambers issued a statement confirming the above exception and authorized the extension of time in certain contracts due to Covid-19, since the latter falls under force majeure accepted by the law. Furthermore, a recent supreme court judgement endorsed the latter, in which the Court acknowledged the Covid-19 Pandemic as a state of emergency, and stated that consequently, the execution of contractual obligations in such circumstances could lead to massive losses and damages to both contracting parties. 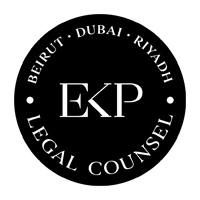 Partner and Head of the firm’s Projects practice