The Enforcement Directorate (ED) has been in headlines of late due to the increase in investigations of political personalities under the Prevention of Money Laundering Act, 2002 (PMLA). While premises of some politicos have been raided, some have been arrested and are languishing in custody since they have failed to secure bail. There has been significant mudslinging in the media about ED working at the behest of the Central Government and targeting political opponents. While the opposition parties call such investigations ‘targeted’, the Central Government’s stand is that the corrupt must face the wrath of law.

In this background the recent judgment of the Supreme Court of India in the case of Vijay Madanlal Choudhary & Ors v. Union of India & Ors1 assumes great significance. While PMLA was amended to confer expansive investigative powers upon the ED, several challenges were made to the amendments, primarily on the ground that the same were unconstitutional, being violative of the fundamental rights guaranteed by the Constitution of India. However, the Supreme Court negated all such challenges and upheld the amended provisions of the PMLA. It reiterated the provisions’ reasonableness and nexus to combating the threat of money laundering.

Amendment to the provision regarding grant of bail under the PMLA was the one which evoked most impassioned pleas on both sides. While the challengers sought to establish the amended provision as disproportionate and violative of constitutional guarantees, the government sought to justify it based on the plenary power of the legislature as well as the nature of the statute. Section 45 of the PMLA2 mandates the prosecution to be given a hearing before bail is granted. It also states that when a bail application is opposed, the courts must be satisfied that (a) the accused person is not guilty of the alleged offence; and (b) is unlikely to commit any further offence after being released on bail.

The twin conditions (as they are referred to in popular parlance) have had a chequered history. Prior to the present amendment, the earlier version of the twin conditions had been struck down by the Supreme Court in the case of Nikesh Tarachand Shah v. Union of India & Anr3, as being violative of the Constitution of India. The earlier provision made a distinction between predicate offences (not the offence of money laundering) which were punishable with imprisonment for over three years and those punishable with less than three years. Such a distinction was held to be unconstitutional by the Supreme Court in Nikesh Tarachand’s case.

The legislature subsequently amended the provision and removed the classification thereby making Section 45 of the PMLA applicable to all cases of bail under the PMLA. Such revival of the twin conditions for bail was under challenge as being unconstitutional. It was also challenged on the premise that the amendment was only a way to circumvent the earlier judgment in Nikesh Tarachand’s case. The Supreme Court however while repulsing such challenge held that the legislature could amend and revive the provision by curing the defect in the original provision (i.e., the distinction between the predicate offences alleged). It also stated that the twin conditions are reasonable and consistent with the objective of PMLA which is a special statute.

While under Indian criminal law jurisprudence ‘bail is the rule and jail an exception’, the twin conditions have made the threshold for grant of bail extremely high in a case under PMLA. It will be very difficult for a Court to hold at the stage of bail (which is usually prior to leading of any evidence in trial) that reasonable grounds exist to believe that the accused has not committed the offence of money laundering. Further, it would be even more difficult for an accused to establish that he is ‘unlikely’ to commit any offence while on bail. Obtaining bail for a person accused of money laundering would indeed be a herculean task. 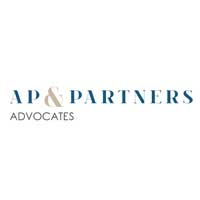