In a world of driverless cars, electronic devices with speech and facial recognition and household appliances which can be activated remotely from a mobile phone, whether the current (decades old) product liability laws are still fit for purpose remains a hot topic. Of course, longstanding dangers like overheating batteries, excess levels of chemicals and small parts in children’s toys still remain a risk, even in this modern world. But new risks and potential hazards are emerging in line with technological developments, and therefore it is not a surprise that the legal framework underpinning product liability has also begun to evolve.

Take the EU as an example. For many years there have been calls for the 1985 Product Liability Directive (PLD), a directive that introduced statutory liability for defective products, to be updated. Following an evaluation and public consultation, the European Commission accepted that the legal understanding of certain concepts in the PLD should be clarified. We have outlined some examples below.

The European Commission was expected to produce guidance to clarify the meaning of certain concepts in the PLD. It is possible, however, that we may instead find that more extensive proposals are put forward which involve an overhaul of EU product liability legislation. For example:

Another important point to consider is how the current laws protect consumers using IoT, which can be hacked or otherwise compromised, if that then results in a safety risk or damage being caused. Of course, IoT products, if defective, can have a wide impact on consumers and the damage caused is by no means limited to personal injury. From the manufacturer’s perspective, risk of significant data and security breaches may arise which can put consumers at risk. One leading view is that a digital product is arguably unsafe if the underlying software is vulnerable to attack, communications on the software are not secure, personal data inputted into the products is unprotected and the IT system is not resistant to hacking or other device malfunctions.

Another important development which could impact on the product liability risks of companies relates to collective redress. The European Parliament, Council and Commission are considering a draft directive on collective redress, which could expand the scope for class actions by consumer groups across the EU, including product liability class actions.

For years European legal systems have been perceived by consumer interest groups as claimant unfriendly, in part because they offer insufficient access to justice, especially when compared to the US approach. In response to this, the proposed directive provides for qualified non-profit entities designated by Member States (so called “qualified entities”) to launch representative actions on behalf of consumers. The qualified entities would be able to:

(i) seek an injunction to stop infringement of certain EU legislation, including the PLD and certain requirements in the General Product Safety Directive (such as the requirement to only place safe products on the market); and

The proposed corrective redress directive was listed as a “priority pending proposal” in the European Commission’s 2020 Work Programme. However, we may find that the progress of negotiations between the European Parliament, Council and Commission about the proposed directive is delayed as the European institutions and Member States focus on addressing the COVID-19 pandemic.

We can expect further developments over the remainder of 2020 on product laws that will impact the rights of the consumer and the risk profile of corporate defendants.

The above explanation of current issues being considered within the EU is indicative of the head scratching and ruminating which is going on across the world about how best to protect users from the dangers which can be posed by defective modern technology.  For now, we still need to wait and see where these discussions end up and the impact they end up having on product liability regimes. 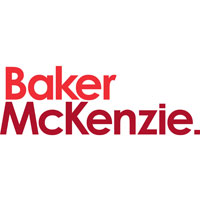