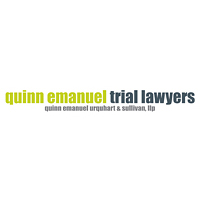 The Moscow office limits its practice to business disputes both in Russian courts at all levels and in all regions, and in international arbitrations in all major arbitral centers around the world. The Moscow office is also active in conducting internal investigations for foreign companies facing both criminal investigations and civil lawsuits in their home countries. For example, it has performed many investigations under the U.S. Foreign Corrupt Practices Act and its UK counterpart.

Our 10-lawyer Moscow team is led by partners Ivan Marisin and Vasily Kuznetsov, both of whom are highly ranked by all legal publications that cover the Moscow market.

Ivan Marisin is the Managing Partner of the Moscow office and European Chair of the firm’s International Arbitration Practice. He has represented hundreds of domestic Russian and international clients in major litigations and arbitrations for over 20 years. These include many cases involving the recognition and enforcement of foreign judgments and awards in Russia. He is a member of the Moscow Bar and an accredited arbitrator at the International Commercial Arbitration Court at the Chamber of Industry of the Russian Federation (ICAC), the International Arbitral Center in Vienna, and other leading arbitration forums. He is ranked in the top-tier of practitioners for dispute resolution by Chambers Global, Chambers Europe, and Legal 500 EMEA.

Vasily Kuznetsov also specializes in business dispute resolution. He has worked with Ivan Marisin for more than 10 years. He has represented domestic and international clients in major litigation and arbitration, including in commercial cases involving the recognition and enforcement of foreign judgments and awards in Russia. He has been described as a “rising star” and “dynamic practitioner” by Chambers Global.

Complex financial disputes are at the core of the QE Moscow practice. Our Moscow partners are highly experienced in complex cross-border corporate disputes. They work in tandem with the firm’s market-leading complex financial products practice in London and New York to give the companies we represent seamless transatlantic service.

The firm’s Moscow partners have deep experience arbitrating complex international cases in virtually every business sector. These include disputes under the auspices of the ICC, LCIA, UNCITRAL, CIETAC, ICSID, ICDR, the Stockholm Chamber of Commerce, English Arbitration Act, and their counterparts in Vienna, Warsaw, and Moscow. They were also successful in enforcement cases and in other arbitration-related proceedings in Russia and other countries.

For 28 years, The Legal 500 has been analysing the capabilities of law firms across the world. The GC Powerlist (formerly the Corporate Counsel 100) is the latest publication from The Legal 500, turning its attention to the in-house function, and recognising those corporate counsel who are driving the legal business forward. The latest edition is the GC Powerlist: Russia, which identifies an array of the most influential and innovative in-house counsel working in the region …read more

We have canvassed opinions from law firm partners and in-house counsel across Russia, to identify corporate counsel that have been instrumental in changing or forming opinions within their company or industry; developing brilliant technical solutions to complex issues; creating innovative structures to ensure that the in-house function is driving the business forward; or providing a business working model that other corporate counsel should follow. Our team of experienced researchers assessed the nominations, speaking both to general counsel and nominating lawyers to finalise each jurisdictional list. GC Powerlist: Russia features not just information on why that individual has made the list, but also comment from the law firms about how they feel individual corporate counsel have helped shape innovation in the legal industry.

If you have feedback on the GC Powerlist: Russia, or wish to nominate other in-house individuals (either in Russia or global), please do get in touch at corporatecounsel@legal500.com.