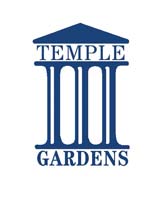 3 Temple Gardens is home to a team of ‘excellent practitioners‘. Defence work is a core pillar of strength for the set; in a recent case highlight, Adam Davis QC and Tim Forte successfully defended a trained boxer and a student at Liverpool University, against the charge of the murder and manslaughter of another student at the university. In another matter, Nicholas Whitehorn represented a man charged with the attempted murder of a man who had been in a long-term affair with his wife, as well as an alternative charge of wounding with intent after confronting the man with a knife; he was acquitted on both charges, with a sole conviction for reckless wounding.

Jeremy Wainwright QC - 3 Temple Gardens ‘ Jeremy has a charming, easy-going manner and a warm, engaging advocacy style that puts juries at ease. Despite his laid back approach, Jeremy is tenacious and determined, never failing to pursue the points or issues that are important to his client's case. He is highly effective and a pleasure to be in a trial with. ’
Ranked: Tier 3

Adam Davis QC –3 Temple Gardens ‘Adam is  a hugely respected silk who is fiercely bright. He is easily able to persuade a tribunal and has a calm but strategic manner which plays out well in the most demanding and complex of heavyweight cases.’
Ranked: Tier 3

Christopher Bertham –3 Temple Gardens ‘Christopher is an impressive, conscientious and hard-working junior, who doesn’t stint in his preparation of cases, and has excellent advocacy skills. He has very sound judgement and is able to make a well-reasoned assessment of a case and the issues in it, which is reflective of his very thorough preparation. His advice, both oral and written, is objective, articulate and to the point. He has very good court presence, and is concise, cogent and persuasive in his advocacy.’
Ranked: Tier 2

Tim Forte - 3 Temple Gardens ‘ Tim is very dedicated and clever. Both the lay clients and his peers respect his strengths and qualities of a talented and bright barrister. His written and oral submissions are often compelling. ’
Ranked: Tier 3

Nicholas Whitehorn - 3 Temple Gardens ‘ Nicholas is quite frankly my ‘go-to’ barrister. Intelligent and articulate, yet able to communicate with the most difficult of clients he provides robust advice and advocacy in the most challenging of cases. ’
Ranked: Tier 3

‘Three Temple Gardens has strength in depth and in the event of allocated counsel being unavailable I know I will be offered an alternative safe pair of hands.’

‘Very reliable set, both in terms of quality and availability of counsel.’

‘A solid clerk’s room. Mike Cross in particular is outstanding and is always available to resolve issues should the need arise.’

‘Very responsive and helpful clerks. Reliably able to assist with covering all types of work, at a variety of courts and levels, and often at very short notice. Gary Brown in particular is a reliable, responsive and approachable clerk.’

‘Kevin Aldridge and Gary Brown are enormously experienced clerks and very well-respected within the profession.’

Adam Davis QC - 3 Temple Gardens ‘ Adam’s business and commercial acumen are always to the fore in fraud cases. His command of the papers is complete, his judgement is very sound and his client care is second to none. ’
Ranked: Tier 3

Chambers was founded in 1964. In the early 1970s the decision was taken to specialise in criminal law and 3TG has continued to expand and flourish ever since. Today, with 68 tenants led by 5 Queen’s Counsel, the set provides strength, depth and dedicated representation at every level of the criminal law.

Several of its former members are judges, including one who was appointed Judge Advocate General. Chambers has an extensive and growing client base, undertaking publicly funded and private work. We are both instructed by top tier firms in London and the South East, and increasingly sought-after on other circuits, with professional clients instructing chambers from Liverpool, Manchester, Birmingham and Wales. With a strong reputation for being efficient, professional and reliable, while remaining friendly and approachable, we have of the best clerking teams around, able to identify the most suitable barrister for every brief, ensuring that Chambers extremely high standards of work are maintained.

In addition to mainstay areas of fraud, murder, serious sexual offences and organised crime (drugs, firearms, kidnap etc) Chambers has continued to develop a reputation in financial and economic crime both domestically and internationally. Chambers has strengthened the teams dealing with business crime and related financial matters, serious sexual offences and extradition.

The marketing team organises forward thinking and practical seminars which have attracted panellists such as Baroness Butler-Sloss, Mrs Justice Andrews DBE and the Human Trafficking Foundation. Future highlights include seminars on cannabis regulation and financial crime. 3TG is also currently developing a programme of training seminars for law firms and in-house departments and is happy to collaborate to develop these on a bespoke basis. In addition, they have engaged a leading design agency to rebrand the set.

The Pupillage Committee continues to work hard to maintain high standards and last year Chambers saw the highest number of applicants in several years. Chambers is also proud of and supports access-to-the Bar initiatives including Ruth Reid’s ‘Cake & Counsel’ which led to her being nominated for an award in the UK Diversity Legal Awards.

All barristers’ chambers are required by the Bar Standards Board’s Code of Conduct to publish anonymised diversity data at least once every three years. The survey is conducted on a voluntary basis, we must therefore point out that the data is not 100% but a large portion did respond to shed reliable light on diversity at 3TG.