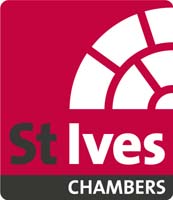 Tony developed a strong practice in Business and Property litigation. He has been consistently recognised in the directories for his performance. He has a practical approach to his cases and is known for giving excellent common-sense advice.

For his Regulatory practice, Tony is regularly instructed by Local Authorities to conduct their most complex cases and is brought in to advise at the very early stages of an investigation. He has significant experience in applications under the Proceeds of Crime Act and recently secured a confiscation order in excess of £500,000 following his successful prosecution of a company and its directors for the largest ever timeshare fraud case brought by Warwickshire Trading Standards. Tony received particular praise from the Trial Judge for the way he conducted the 3-month trial.

Other recent highlights of his practice include:

Defending a multinational corporation in the Crown Court in a sensitive prosecution brought against it for Health and Safety at Work Act breaches in which a number of young children were seriously injured whilst using equipment manufactured and supplied by it.

Defending in a prosecution at the Old Bailey brought on behalf of the DTI/BERR against the subsidiary of a Japanese multinational corporation and its Managing Director for alleged breaches of the UK export control regime.

Prosecuting a misleading nutritional health claims case against a Company and its Director where Leading and Junior Counsel were instructed for the defence.

Recent highlights of his Business and Property practice include:

Acting on behalf of a Development Company and its Managing Director in relation to a claim arising out of an alleged multimillion-pound fraud alleged to have been perpetrated against them by a former employee and family member.

Acting on behalf of a Local Authority in a High Court claim brought against it for alleged breaches of a commercial contract with a services provider, for housing asylum seekers. Successfully arguing for parts of the case to be struck out and subsequently acting in the mediation of the case.

Acting for a company in the High Court to successfully obtain a pre-action freezing order against a former employee alleged to have stolen significant sums of money during the course of her employment.

Successfully acting for a couple in a boundary dispute and trespass case where a local farmer had harassed the couple for years.

Legal 500 2015: Tony has “a tenacious approach to difficult cases and opponents.”

Legal 500 2015: Tony has “an ability to grasp and retain large volumes of evidence.”

Chambers and Partners 2014: Tony is “an exceptional trial advocate who is always thoroughly well prepared.”

Tony Watkin –St Ives Chambers ‘Tony is an extremely able barrister. He always has a strong grasp of the issues and has a tenacious approach to litigation. He is very approachable, and clients appreciate his bedside manner. His understanding and application of the law is excellent.’

The business and property group of St Ives Chambers is a ‘great team that offers diversity and strength’ and appear at all levels of court from the County Court and First-Tier Tribunal to the Supreme Court. Tony Watkin is ‘excellent at handling complicated multi-party disputes’ and is currently assisting with a claim for damages and an injunction against the council and the operator of a waste treatment site.