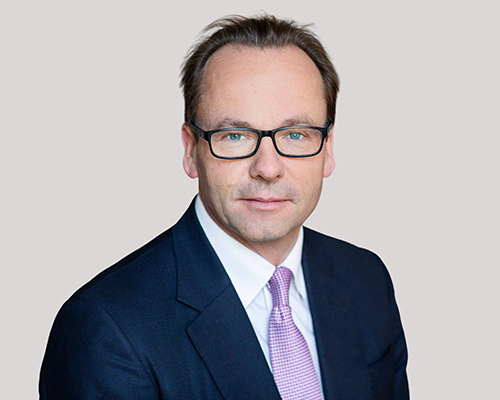 Hugo Keith KC is recognised as one of the legal profession’s leading Silks and is described as ‘a fabulous silk’ and as having ‘an outstanding reputation’.

He is lead Counsel to the UK public inquiry into the Covid-19 pandemic.

He was a member of the ‘A’ Panel of civil Treasury Counsel for 8 years, during which time he regularly appeared on matters of public and criminal law both on behalf of Government departments and as amicus curiae before the High Court, Court of Appeal and House of Lords. He has appeared in 15 cases before the House of Lords/Supreme Court.

As well as his regular appearances in the High Court and Supreme Court, he has been instructed in some of the most high profile cases of recent years. He represented Princess Anne when she was prosecuted, and represented The Queen in the Inquest into the death of Diana, Princess of Wales. He appeared on behalf of Malcolm Calvert in the Cazenove inside dealing case. He was appointed leading Counsel to the Inquests into the London Bombings of 7 July 2005 and, subsequently, appeared in the Leveson Inquiry on behalf of Rebekah Brooks. He appeared in the Mark Duggan, Alexander Litvinenko and Westminster inquests, and represented the Home Secretary in the El-Gizouli judicial review (concerning MLA relating to one of the ‘Jihadi Beatles‘) and the Electoral Commission in its proceedings against Leave.EU. He appeared on behalf of Airbus in the largest Deferred Prosecution Agreement yet concluded.

Hugo is instructed by companies, high net-worth individuals, and politically exposed persons relating to all aspects of extradition (including advising on Interpol and on international restraint), international criminal/corporate liability, sanctions and criminal judicial review. His extradition and MLA cases include the leading and high profile cases of Berezovsky, US v Bermingham (the Natwest Three), Abu Hamza, Gary McKinnon, Shrien Dewani, David Kezerashvili and Hamdi Ipek.

In the field of financial and international crime, he advised on the UK’s first Deferred Prosecution Agreement (Standard Bank Plc) and appeared in the two of the most recent DPAs (Guralp Systems Limited and Airbus). He has been involved on behalf of individuals or corporate bodies in a large number of the SFO’s highest profile investigations of recent years: LIBOR, EURIBOR, FOREX, Alstom, Autonomy, Rolls Royce, Tesco, Unaoil and ENRC.

He is an expert on search and seizure, restraint and confiscation, and appeared in the leading cases of Rawlinson & Hunter Trustees and Others (search warrants), Golfrate (search warrant), Malabu Oil and Gas (international MLA restraint) and SFO v Zlochevsky (restraint against overseas Minister). He has represented and/or advised a significant number of overseas politically exposed persons, and/or their family members, including Berlusconi (Italy), Sharif (Pakistan), Patarkatsishvili (Georgia), Bakiev (Kyrgyzstan), Mubarak (Egypt), Firtash (Ukraine), and Karimov (Uzbekistan).

He is a renowned appellate advocate, and has appeared in a significant number of leading criminal cases in the UK higher courts. He has appeared twice in the Hong Kong Court of Final Appeal, most recently in the appeal concerning the former Chief Secretary of Hong Kong.

Hugo Keith KC –Three Raymond Buildings ‘Undoubtedly a leader in his field and one of the best inquest silks on the market. ’

With longstanding experience in high-profile and substantial inquests, Three Raymond Buildings is widely recognised for its representation of bereaved families, corporations and authorities (including the police and fire rescue services), employees and professional individuals. Hugo Keith KC consistently appears in heavyweight inquests and inquiries, including being appointed as lead counsel to the Covid-19 Pandemic Public Inquiry. In other major matters, Richard Horwell KC represented Greater Manchester Police in the Manchester Arena Public Inquiry, in which senior-end junior Saba Naqshbandi also participated, acting for an individual core participant (as sole counsel); and Emma Collins was part of the senior counsel team for the London Fire Commissioner during Phase 2 of the Grenfell Tower Inquiry (led by Stephen Walsh KC and Sarah Le Fevre).

‘One of the premier sets for POCA and asset forfeiture‘, members of Three Raymond Buildings represent a range of agencies in relation to restraint, confiscation and civil recovery proceedings targeted towards corporates and individuals. Hugo Keith KC, considered a ‘superb‘ advocate, acted in forfeiture proceedings relating to the son of former Egyptian president Hosni Mubarak. Jonathan Ashley-Norman KC acted in R v Mazzarello, £50 million contested confiscation proceedings concerning an absconding defendant connected to Swiss and Lichtenstein funds. Led by Keith KC, Nicholas Yeo represented the defendants in the Court of Appeal in Dines and Others, acting against an application by the Director of Public Prosecutions for mutual legal assistance in connection with alleged VAT fraud.

Hugo Keith KC – Three Raymond Buildings ‘ Hugo is without a doubt at the top of his field; he has an exceptionally strong intellect and client friendly manner; his grip of the detail is outstanding. ’

A set with considerable experience of the full range of business crime cases, particularly bribery and corruption, sanctions, and corporate fraud, Three Raymond Buildings  fields practitioners experienced in in cross-border investigations and criminal proceedings, including those brought by the SFO and international bodies including the US DoJ. Hugo Keith KC is a deeply experienced practitioner within the space, regularly instructed by businesses, individuals, and politically vulnerable figures in high-level cases relating to extradition, international liability, private prosecutions, and regulatory enforcement actions. The ‘able‘ James Hines KC is a go-to prosecutor for the SFO, and has led prosecutions in a variety of high-profile cases, including the Chant and Desai case, a bribery and corruption trial concerning allegations of tens of thousands of pounds paid in bribes for a multi-million IT contract. Neil Saunders  is a ‘polished and effective advocate‘ who specialises in serious fraud cases, including standout involvement in a multi-million pound fraud case against a former director at a major contractor, wherein he represented the defendant. Clients hail Rachel Barnes KC as ‘one of the best‘, offering US experience as a dual-qualified practitioner and regularly involved in major asset forfeiture cases, including representing a law firm holding €34m in a client account derived from criminal conduct in Du Toit & Co LLP.