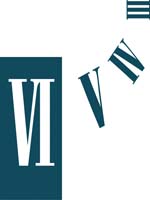 Six Pump Court is a specialist regulatory set, praised for its ‘strength in depth of the team, the breadth of their expertise and their ability to see the wider picture without losing sight of the detail‘. Pascal Bates has a particular specialism in consumer issues with environmental or safety concerns and he has acted for the Suffolk Coastal Port Health Authority in several importation cases, most recently involving a consignment of honey. In food law, David Hercock is a key contact, advising in the majority of Supreme Court and Court of Appeal cases in that field, including acting for the Association of Independent Meat Suppliers (AIMS) against the FSA in proceedings that have been before the Court of Justice of the European Union, the Supreme Court, Court of Appeal and the Administrative Court.

Pascal Bates – Six Pump Court ‘ Pascal’s grasp of the detail and the implications of this on the case strategy is unparalleled. ’

The ‘phenomenal set’ at Six Pump Court exudes ‘charm, discretion, and confidence’ whilst representing clients involved in health and safety matters, aiding with food and environmental issues. The set also acts for both regulated defendants and local authorities across sectors including maritime, retail, construction, hospitality, and nuclear. In R (Dacorum Borough Borough Council) v Tesco Stores Limited Stephen Hockman QC acted for Tesco against a prosecution under the Health and Safety at Work Act 1974, stemming from a 2015 incident in which a customer slipped and fell on water leaking from a drain. In London Borough of Lambeth v. Schindler Limited and various others, which involved an accident where the arm of a lift engineer had to be amputated, Pascal Bates represented the local authority and was opposed by Mark Watson QC. Bennett Lee acted for Kent County Council in HSE v Kent County Council, a case involving asbestos exposure in schools.