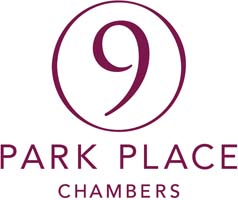 Phillip is a specialist civil practitioner who brings his personable and knowledgeable approach to a practice that includes chancery, commercial, personal injury, administrative, employment and common law work. His work encompasses all aspects of chancery law including property, boundary and rights of way disputes in civil courts and in HM Land Registry Adjudications, and trusts, probate and Inheritance Act matters. Phillip also handles commercial and common law work including contract claims, building disputes, business tenancy renewals, and insolvency matters. His personal injury work involves fast track and multi track claims for claimants and defendants in matters such as road traffic accidents, including those where fraud is alleged, highway tripping claims and occupiers’ liability proceedings. He is experienced in handling the ever-increasing number of Mitchell and Jackson types of applications in civil cases. Phillip is also regularly instructed to handle employment cases across a wide a range of issues, including unfair dismissal, redundancy, unpaid wages and TUPE claims, and he appears for both claimants and respondents in the Employment Tribunal and Employment Appeal Tribunal. In the field of administrative law, his work includes judicial review matters acting for both claimants and defendants, planning disputes and village green inquiries, where he has acted for applicants and objectors alike. Some of Phillip’s notable cases in recent years include: successfully resisting an appeal in the Court of Appeal on conduct subsequent to a conveyance being of relevance to a boundary dispute; a four-day Court of Protection hearing (High Court) in successful opposition to a husband’s attempt to become welfare deputy for his wife; a three-day village green inquiry concerning land owned by a private objector; appearing on behalf of a local authority in defending a challenge to its taxi drivers’ licensing policy; successfully appealing to the Employment Appeal Tribunal on an error of law made by the tribunal below; acting as junior Counsel in judicial review proceedings in the High Court and Court of Appeal concerning the closure of a primary school; appearing for four defendants in a five-day hearing over boundary and right-of-way issues. Phillip has also been instructed in multi-party accident claims involving damages in excess of £150,000; successfully opposed an appeal in the Court of Appeal against the making of a suspended possession order in relation to residential premises; and handled a professional negligence claim against a solicitor for failing to advise a client of a caution over a property, including succeeding at a trial on a preliminary issue concerning limitation.