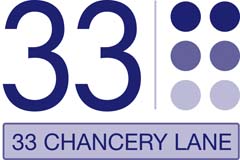 Recognised as a specialist in financial and reputational disputes where there is the potential for dual criminal and civil liability.

In the civil courts John appears on behalf of both Claimant and Defendant companies and individuals in a variety of commercial disputes including breach of contract, breach of fiduciary duty, unlawful means conspiracy and deceit. He has experience of cross-border enforcement and registration under the European Enforcement Order regime and the Brussels-Lugano Convention.

He has represented companies that have been subject to goods seizures as a result of alleged duty evasion and has been instructed on behalf of companies and individuals in tax tribunal proceedings.

In the criminal courts his practice is focused on acting for the defence in serious financial investigations relating to allegations of fraud and money laundering. John’s practice in asset forfeiture and seizure includes international freezing orders and applications for Norwich Pharmacal relief in the civil courts and all proceedings connected to the Proceeds of Crime Act 2002 (including Part 5 and Part 6).

In recent years he has appeared in the CIVIG litigation, defended a former Director of KPMG against allegations of fraud and advised a major UK manufacturer in a contract dispute with a supplier.

John Carl Townsend –33 Chancery Lane ‘Great depth of knowledge of all matters POCA related. John is a true expert in asset freezing and forfeiture under the Proceeds of Crime Act.‘

John Carl Townsend – 33 Chancery Lane ‘John is a true expert in the field of criminal restraint, proceeds of crime and civil/criminal cross over. He is extremely intelligent and his judgement is superb. He is able to grasp complex issues with relative ease. he frequently appears in the highest courts in the land and frequently achieves outstanding results. He is a natural advocate, often grappling with complex issues with relative ease.‘