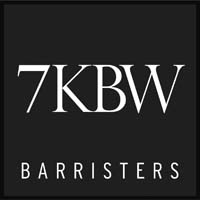 Clara specialises in all aspects of commercial law, with a particular emphasis on private international law, civil fraud, insurance (including marine insurance) and shipping. Since joining Chambers in 2014, she has appeared in the Supreme Court (twice), the Court of Appeal and the High Court, as well as in the DIFC Courts and LCIA, SIAC and LMAA arbitration.

Clara has acted in a number of high-profile cases, including Enka v Chubb, which is set to become the leading case on the governing law of arbitration agreements, and the OW Bunker litigation, described by Lloyd’s List as “the most spectacular shipping legal imbroglio so far this century”.

Clara joined 7 King’s Bench Walk on the successful completion of her pupillage in September 2014.

Clara Benn – 7 King’s Bench Walk ‘ Very analytical and bright. She is a pleasure to work with and can always be trusted to deliver excellent client service and advice. ’

Clara Benn – 7 King’s Bench Walk ‘Exceptionally bright, she is a perfectionist who keeps on thinking and thinking about a knotty point until the answer is reached.’