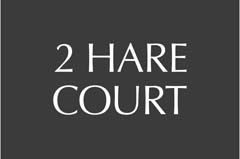 Christopher Foulkes specialises in business crime and related areas. He advises and represents individuals and companies in respect of serious and complex fraud, bribery and corruption, anti-money laundering, asset forfeiture and regulatory obligations.

He has acted for the SFO and other prosecuting authorities for much of his career, being involved in a number of the most significant fraud and corruption prosecutions.

His practice spans the criminal and civil jurisdictions. In the civil sphere he has particular experience in providing advice and representation in relation to VAT disputes and proceedings before the First-tier and Upper Tribunals and the Court of Appeal. In addition to confiscation enforcement and civil recovery, he also advises in respect of “fit and proper” status pursuant to the Money Laundering Regulations, and in libel proceedings involving allegations of corruption and money laundering.

He maintains his practice in professional discipline, regulatory law and inquests, across various professions, and sports.

Chris has also recently been shortlisted as Corporate Crime Junior of the Year in The Legal 500 UK Bar Awards 2022.

Christopher Foulkes –2 Hare Court ‘Chris is a wonderfully strategic lawyer. He is calm and measured, and is meticulous with his preparation. His main strength is his ability to consider all angles in detail to help develop a strategy that achieves amazing results for the client, time after time.’

2 Hare Court offers high-level expertise in the full range of financial and business crime issues, with members acting in proceedings relating to bribery, corruption, anti-competitive behaviour, sanctions violations, and in private prosecutions. Clients include directors, corporates, and regulatory agencies, with the team able to act in SFO, FCA, and police proceedings, representing clients at all levels of trial and throughout investigations. The set has a dedicated business crime team headed by the vastly experienced Christopher Coltart KC, who notably represented a defendant in FCA v Croft, Coleman and Fisher, in which three former directors of a AIM-listed company were charged with false accounting, misleading the company’s auditors and misleading the market. The allegations arose out of the company’s published financial statements for 2016, which the FCA claims were deliberately misleading. Christopher Foulkes  is a highly experienced junior, regularly instructed by the SFO and HMRC, as well as defending clients, including a suspect in a major SFO investigation into very large fraud and insider trading allegations relating to a major corporate collapse.