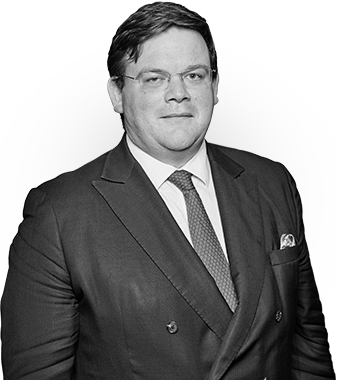 ﻿﻿Ben Keith is a leading barrister specialising in Extradition and International Crime, as well as dealing with Immigration, Serious Fraud, and Public law.

Ben Keith is a leading barrister specialising in Extradition and International Crime, as well as dealing with Immigration, Serious Fraud, and Public law. He has extensive experience of appellate proceedings before the Administrative and Divisional Courts, Criminal and Civil Court of Appeal as well as applications and appeals to the European Court of Human Rights (ECHR) and United Nations.

Ben is a Deputy Judge of the Upper Tribunal (Immigration and Asylum Chamber).

He has particular expertise in human rights and extradition proceedings in post-soviet states including Russia, Ukraine, Azerbaijan, Moldova and Kazakhstan. He is sought after to represent politically exposed persons in extradition, immigration and financial proceedings. He has significant expertise in the challenge and removal of INTERPOL Red Notices. He has expertise in the Middle East including UAE, Saudi Arabia, Bahrain and Egypt dealing with cases of torture, disappearance and universal jurisdiction. He has dealt with cases from many jurisdictions in the Far East including: China, South Korea, Singapore, Hong Kong, Thailand, Philippines and Malaysia.

Ranked in Chambers and Partners as a band 1 leader in the field of Extradition at the London Bar and in the Legal 500 as a Tier 1 leading individual in international crime and extradition.

Appointed to the Attorney General’s ‘A’ Panel of counsel, dealing with some of the most complex cases for the UK government. Advises the Government Legal Department on a range of public law matters, including Judicial Review, Immigration, Extradition, Search Warrants, Inquests, Public Inquiries, Prison Law and detention cases. Advised on the drafting of the Immigration rules post-Brexit.

What the Legal Directories say about Ben Keith:

‘ He has a particular expertise in political cases and is very knowledgeable on current affairs in Russia and the Middle East. ’

“Out of this world,” he “has in-depth knowledge and has defended numerous individuals in the most serious cases.” “knowledgeable, go-to junior” for cases stemming from Russia and Ukraine.

“Extremely bright.” “His advocacy is excellent and he is the kind of lawyer who is always there for you.” “His knowledge and understanding of the countries and political systems he deals with is unparalleled.”

“A fount of knowledge who must have dealt with every country the UK has an extradition treaty with. He’s very approachable and leads others to have confidence in him.” “Out of this world,” he “has in-depth knowledge and has defended numerous individuals in the most serious cases.”

‘He has an indomitable court presence, with the tactical acuity to match. Ben brings a wealth of experience and contacts across not just Europe, but many jurisdictions around the world, including India and the Russian Federation.’

‘ Wins cases on preparation alone, excellent advocacy and witness handling. Goes out of his way to advise and assist solicitors.’

“Gifted, very diligent and up-to-date on the law.” “He is unafraid to raise challenges on all sorts of issues, and has his finger on the pulse.” “He is a really clear, straight-to-the-point advocate.”

“One of the most experienced barristers specialising in extradition relating to former Soviet states and the more complicated cases that involve political motivations.”

“He has built a career in defending those from former Soviet states and is an expert in dealing with those countries.” “His knowledge of Russia and the political situation is unrivalled.”

“He is tactically astute, fantastic with clients, and adept at giving straightforward and accessible advice in the most complex cases.”

5 St Andrews Hill is referred to as ‘extremely strong, especially in extradition‘. Natasha Draycott recently acted for a requested person whose extradition was sought by Australia regarding historic sexual offences. In another extradition case in 2021, Louisa Collins appeared unled in the Administrative Court and successfully overturned an extradition order on behalf of the appellant in the case of Estevez v Court of Mantua, which concerned issues of trials in absentia. Similarly on the defense side, Collins and Ben Keith recently represented the appellants in another extradition case, Tabuncic and Coev v Government of Moldova, the first case in which extradition has been ordered to Moldova under the 2003 Act.