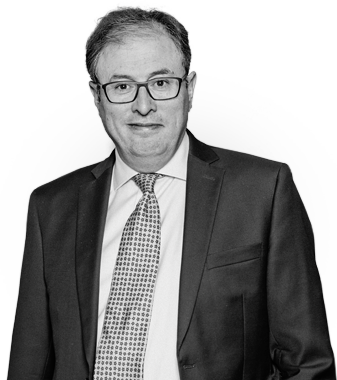 David Josse K.C. has been Head of Chambers since 2015.

He is a barrister specialising in extradition, human rights, international war crimes and serious crime, both nationally and internationally.

Since taking silk he has specialised in extradition work encompassing the full range of requests but with a particular emphasis on political corruption and prison conditions in former communist states. He spent 5 years at the International Criminal Tribunal for the former Yugoslavia (ICTY) based in The Hague defending in two lengthy trials. Firstly, representing a leading Bosnian Serb politician charged with genocide and ethnic cleansing and secondly, a General facing a wide variety of allegations relating to the Srebrenica massacre.

He has led in many of the leading Article 3 authorities of recent years, often involving issues relating to assurances provided by requesting state:- Aleksynas (Lithuania), Wolkowicz (Poland), Florea and Blaj (Romania), Lustyuk (Ukraine), AM (Azerbaijan), Vasilev (Bulgaria) and Kapoor (India). In these cases he has combined his specialist knowledge of such countries derived from his first degree in Russian and Soviet history with his work at the International Criminal Tribunal for the Former Yugoslavia (ICTY) in The Hague in cases that required a detailed understanding and analysis of a state in transition following the collapse of communism.

David has extensive international experience, initially gained from 5 years defending in two lengthy and complicated war crime trials in The Hague. He remains actively involved in International Criminal and Humanitarian Law by amongst other things being a member of the ICTY Rules Committee.

He also advises clients on the removal of Interpol Red Notices and associated immigration issues.

‘ One of the leading silks when it comes to extradition law and someone that I would not hesitate to instruct whenever there is the opportunity to instruct a KC. He is extremely personable, and first-class in guiding clients. ’

“Highly thought of and an excellent choice for difficult cases.”

“He’s what every extradition barrister aspires to be: a lawyer known internationally for the quality of their work.”