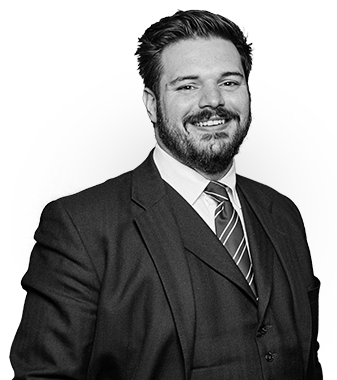 Dan is a specialist criminal lawyer. He prosecutes and defends a wide range of serious criminal matters in both business crime and general crime. Dan has also developed a specialism in civil proceedings for the forfeiture of cash and money held in bank accounts under the Proceeds of Crime Act.

Dan is instructed to act in relation to the full range of criminal offences, but particularly cases of serious violence (including homicide), sexual offences, offences related to the possession and supply of drugs and firearms offences.

Dan has experience in appellate work and is adept at advising in writing in relation to applications for leave to appeal against conviction and/or sentence and has experience of representing clients before the Court of Appeal (Criminal Division) as junior counsel alone.

Alongside his Crown court practice, Dan maintains a practice in the magistrates’ court where he is instructed on a private basis to defend in general criminal matters as well as road traffic cases.

Dan is a Grade 3 CPS Prosecutor on the General Crime list and is a Specialist Prosecutor for the Serious Crime and Proceeds of Crime Groups. Over the years, he has developed a reputation as a scrupulously fair prosecutor.

Dan was a member of the Attorney General’s Junior Juniors panel. Whilst on the panel, he assisted the Government Legal Department with a disclosure exercise in relation to a civil claim against the Metropolitan Police for malicious prosecution arising from the notorious murder of Daniel Morgan in 1987.

As a result of his time on the panel, Dan has developed a detailed knowledge of the law in relation to legal professional privilege and has been instructed as Independent Counsel on a number of occasions to review seized material by HMRC, the NCA, the Metropolitan Police and the SFO. Dan spent most of 2018 working with HMRC on a large-scale LPP review relating to a tax avoidance and money laundering investigation worth millions of pounds.

Alongside his criminal practice, Dan is developing a specialism in civil recovery proceedings under the Proceeds of Crime Act 2002.

As well as acting on a private basis for individuals responding to such applications, he is regularly instructed by Her Majesty’s Revenue and Customs, the National Crime Agency and the Metropolitan Police to make applications for the forfeiture of seized cash and money held in bank and building society accounts.

Dan also has experience in listed asset detention and forfeiture cases. He was recently instructed to represent a high net worth individual in relation to the seizure of a collection of extremely high-value watches. Dan was able to secure the release of the watches at the first detention hearing.

Closely linked to his work in asset forfeiture and confiscation, Dan is developing experience in business and financial crime.

Dan has experience of representing clients facing criminal proceedings brought by regulatory bodies and local authorities, as well as prosecuting such matters. He has prosecuted for a number of London Boroughs, the City of London Corporation and the Care Quality Commission.

He has joined the disciplinary panel of London Welsh RFC as a discipline officer, where he will represent players of the club before the local union’s discipline board.

Daniel Jones – 5 St Andrews Hill ‘Dan is eloquent and has excellent rapport with clients. His manner immediately puts everyone at ease. He is hardworking, dedicated and tenacious.’