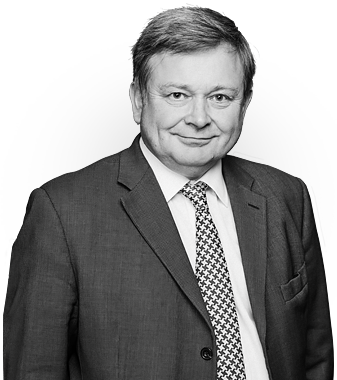 Andrew Bird KC is a specialist in white-collar crime, civil and criminal asset forfeiture, and civil and public law proceedings which overlap with the criminal process.

Andrew Bird KC is a specialist in white-collar crime, civil and criminal asset forfeiture, and civil and public law proceedings which overlap with the criminal process. Having prosecuted cases for the state at the highest level he now has a thriving practice in private prosecution cases, particularly those involving allegations of fraud. He has acted for both the private prosecutor and the defence.  He was first junior to David Perry KC in D Limited v A [2017] EWCA Crim 1172, where the Court of Appeal overturned a Judge’s terminating ruling and gave guidance in relation to a number of issues including motive and conduct in private prosecutions. In early 2019, led by Jonathan Laidlaw KC he represented a defendant to a private prosecution for fraud and successfully argued for the dismissal of all charges. He is presently involved in a Judicial Review of the decision of a Magistrates’ Court legal advisor refusing to issue a summons to a private prosecutor. In between, he continues his practice in cases involving criminal investigations, and public law challenges to the criminal and investigative processes, and gives advice in substantial cases to both sides of the criminal divide.

‘Andrew combines an excellent legal brain with a very practical approach to litigation.’

“Andrew is incredibly user-friendly and has an encyclopedic knowledge of his practice areas.”

“Has a very good eye for detail and particularly enjoys researching tricky legal issues. He always instils confidence in us and the courts that he knows his subject inside out.”

In 2012, he was appointed to the Attorney General’s ‘A’ list panel for government work and acts in cases of the highest complexity, and particularly those where the civil and criminal jurisdictions overlap. He was a Grade 4 CPS prosecutor, and has been standing counsel to RCPO and the DWP and was on the SFO A Panel for 5 years, involved in two of its biggest investigations.

‘Excellent at proceeds of crime because of his knowledge of the area.’

“Very knowledgeable, commercial and practical.” “When we go to him, we know we have a fount of knowledge we can draw upon.”

With ‘a number of excellent practitioners in this field‘, the set at 5 St Andrews Hill often deals with account freezing and forfeiture orders, investigation orders and warrants, and unexplained wealth orders, acting on behalf of applicants and respondents alike. Andrew Bird KC – who took silk in 2021 and leads the POCA team – acted for the SFO in R v Petrofac Limited, confiscation proceedings surrounding property obtained as a result of an international bribery scheme surmounting £22 million. Representing the NCA, James Fletcher was successful in enforcement proceedings by achieving final charging orders over land connected to income from criminal conduct. In addition, Gary Pons was instructed by the SFO in relation to a £40 million confiscation order in the Gerald Smith case.