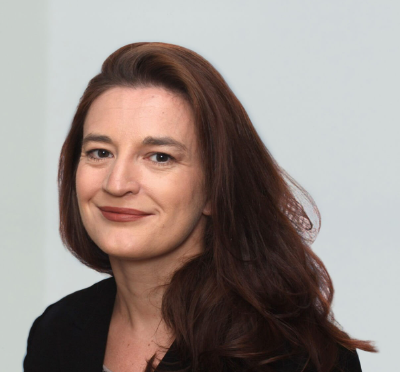 Jane is a renowned commercial barrister, specialising in energy and engineering/construction disputes, in which she is noted as a leader by the principal legal directories.

Jane is ranked as a leading junior for energy disputes (Legal 500) and construction (Chambers & Partners).  She works extensively internationally (see snapshot below), and in particular in Africa, the Russian Federation and CIS, the Middle East and Latin America.

Jane returned to the Bar in 2014 having spent many years working in the international arbitration and engineering/construction practices of two of the world’s leading law firms: Freshfields Bruckhaus Deringer LLP and Shearman & Sterling LLP.

Jane acts as counsel and co-counsel in international arbitrations, dispute board and adjudication proceedings and related settlement discussions for disputes arising on international EPC projects, focusing on oil and gas, power generation (nuclear and conventional), mining and major infrastructure projects.   Jane also advises clients on contracting strategy for major projects, assisting with contract drafting and negotiations, and has advised extensively in relation to the impact of international sanctions on EPC projects.  A jointly qualified barrister and Fellow of the Institute of Chartered Accountant in England & Wales, Jane worked for some years in the forensic accounting/expert witness team at PricewaterhouseCoopers.  As such, Jane is particularly skilled in the supervision and cross examination of expert witnesses, and advising and arguing disputes involving complex issues of quantum, financing, delay and disruption.

In addition to her work as counsel, Jane is in demand as a speaker at international conferences and academic programmes.  Jane has lectured at the Université de la Sorbonne (Abu Dhabi), NYU (New York) and Kings College, London and speaks each year at the Construction Summer School hosted at Cambridge University.  She lectures on the International Masters programme at the School of Engineering, University of Stuttgart, Germany, and is the managing editor of Construction Law International, the quarterly publication for the IBA (International Construction Projects committee).

Jane Davies Evans – 3 Verulam Buildings ‘Jane is a wonderful person, brilliant barrister, smart, honest, highly professional and has a great sense of humour. She is very hard-working and knowledgable on all aspects of construction.’

3 Verulam Buildings is ‘up there with the best of the best, the set has it all’. One client remarks that ‘it is undoubtedly the pre-eminent chambers for arbitration and public international law, with a large number of leading practitioners with real expertise and deep in energy disputes’. The set is instructed on energy claims both in commercial and investment treaty arbitration and claims in the English courts. Members have acted in some of the largest international arbitrations in the energy sector in recent years. Christopher Harris KC successfully defended claims in relation to a $180m sale of offshore gas field rigs, and represented claimants seeking damages in relation to the expropriation of Sri Lanka’s largest wind and solar power project. Hodge Malek KC frequently acts for the major oil companies, as well as governments and regulators. Prominent junior Jane Davies Evans frequently acts as counsel and arbitrator in international energy arbitrations, with the majority of her instructions relating to the Middle East, Africa, Asia Pacific, the CIS and Latin America.

comes highly recommended both as a mediator and arbitrator.

Jane Davies Evans –3 Verulam Buildings ‘Jane is an excellent advocate – she inspires confidence in her submissions and exudes gravitas. She is thoughtful and considered, responds well to tribunal questions and clearly knows her case inside out.’