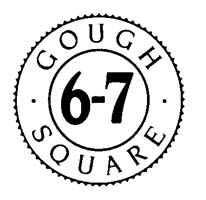 Anna practises in all areas of consumer and regulatory law.

Gough Square Chambers ‘offers an unrivalled strength in depth in this area‘ with members covering all areas of consumer law at both silk and junior level. Among its recent highlight cases, Jonathan Kirk QC led Iain MacDonald in acting for Tesco in Tesco Stores Limited v Birmingham City Council, Birmingham Magistrates’ Court, a landmark food law case regarding labelling of use-by dates. Anna Medvinskaia has also acted for a supermarket in a case of a similar subject matter. Covid-19 inevitably impacted the market and in related work, Julian Gun Cuninghame‘s counsel to the Marshall family in Arkin v Marshall was the lead case on the coronavirus possession stay when it went before the Court of Appeal.