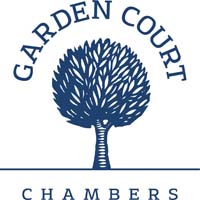 Consistently acting for bereaved families in inquest proceedings, the track record of Garden Court Chambers‘ includes several landmark and far-reaching inquests, with a strong track record of acting in inquests after deaths connected to the state. Go-to specialist for police law and deaths in custody, Leslie Thomas KC, is currently acting in the inquest into the death of Sabina Rizvi, which concerns the fatal shooting of a young woman outside a police station for which a gang member was convicted in 2004. In Northern Ireland, Brenda Campbell KC is acting for the victim’s mother in the inquest into the death of Noah Donohoe, a teenager who was found dead in a storm drain in June 2020, six days after going missing.

Displaying ‘excellent strength in depth’, the defense-only criminal team at Garden Court Chambers backs up its ‘well-deserved reputation’ for its ‘socially-progressive outlook’ representing clients in high-profile protest and public order matters and against terrorist allegations, in addition to a wide range of violent offences, from gang murders and drug conspiracy to robbery and sexual offences. Tom Wainwright successfully represented the first defendant, who was acquitted of criminal damage charges by a jury after toppling a statue of Bristol merchant and slave trader Edward Colston. In Northern Ireland, Brenda Campbell KC is defending an NHS doctor facing allegations of being part of an attempt to connect the New IRA with Middle Eastern terrorist groups. Michael Ivers KC successfully defended a man on murder, manslaughter and GBH charges, securing the sole acquittal in a four-handed gang attack case. Dexter Dias KC was appointed a Deputy High Court Judge in September 2021.