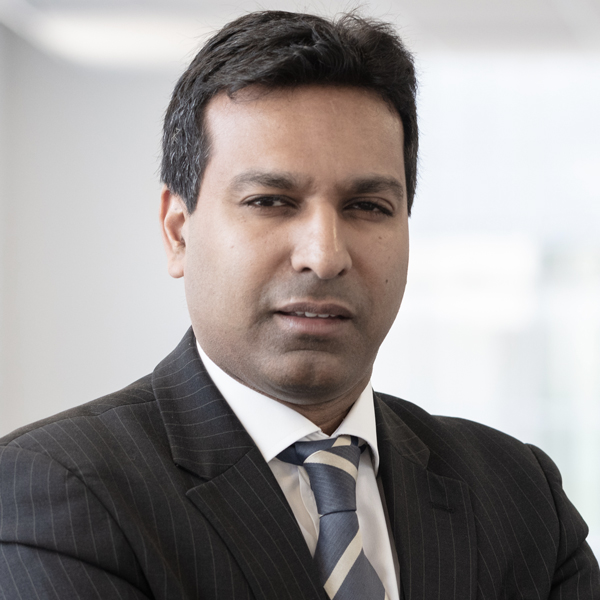 Neil Chawla was educated at King Henry VIII School, Coventry and read Law at Nottingham University where (apart from captaining the team on BBC2’s University Challenge) he won the Nottingham Graduates Mooting Prize. Neil’s working background started as an Independent Financial Advisor before being called to the Bar, by Lincoln’s Inn, in July 2000 aged 22.

His initial training was in London in the Chambers of Richard Ferguson QC during which time he regularly appeared in Crown Courts throughout London and the South East dealing with criminal matters, at various levels of complexity, for both defence and prosecution, together with Immigration matters. In 2002, he moved to No5 in Birmingham and, as well as his criminal practice, Neil also attended inquests where he appeared frequently before the Coroner’s Court on behalf of witnesses who were summoned, the Police, Probation Officers and also nursing/medical staff. Such cases regularly involved lengthy and complicated trials concerning deaths in custody or deaths in hospital and required consideration of complex medical and expert evidence both in respect of advising and for the purposes of cross-examination.

From 2007 Neil switched his practice to Chancery/Commercial and Personal Injury work, acting mainly (although not exclusively) for Defendants and Insurance Companies. Whilst practising he also completed exams as a Mediator with the London School of Mediation in 2011 and, after undergoing practical experience in 2012, he became qualified as an Accredited Mediator.

Currently his areas of specialism include Commercial and Personal Injury acting for both Claimants and Defendants in all areas of work ranging from fast track trials, disposal hearings to multi-track hearings, credit hire (for many years on behalf of the Claimant but in recent years in behalf of the Defendant), insurance fraud (his criminal background assisting him in areas of alleged fraud, “staged” accidents, phantom passengers and exaggerated claims), possession hearings (in relation to mortgage disputes, applications to suspend warrants, forfeiture, charging orders and orders for sale), contractual and property disputes (in particular matters arising under the Landlord and Tenant Act 1954).

In the past Neil’s practice covered a broad range of Commercial matters which included experience of Inheritance Act claims, challenges to Wills and advising on the construction of Wills together with advising as to the appropriate settlement of Estates. Having previously spent many years on the Attorney General List advising the BIS (former DBERR) on insolvency matters and matters relating to criminal prosecutions under the Insolvency Act he used this experience in the commercial context appearing in winding up proceedings before the Companies Court, appearing on behalf of both petitioning / substituted creditors and supporting creditors.

Neil strives to deliver both to his professional and lay clients and prides himself on his ability to build a good rapport with those whom he represents. He has had exposure to a wide variety of court and tribunal work, which has provided him with a strong practical base and substantial advocacy experience as well as a wealth of financial and commercial experience. He uses the variety of skills he has acquired to identify and focus on key issues in order to provide realistic, objective and “commercially-sensitive” advice across a wide spectrum of cases.

Adopting a no-nonsense, common sense approach Neil is a firm believer in a professional, clear and practical approach and getting direct to the heart of the matter, both in conferences and at Court. Thus, he likes to adopt a proactive approach to cases both pre and post-issue by arranging conferences with clients (both professional and lay) early to discuss matters such as the merits of the case, to assess the credibility of witnesses and to offer practical advice on how the case should progress.

Although the majority of his practice now relates to commercial disputes and advising insurance companies, he is happy to accept instructions whether for litigation or to mediate across a wide range of matters.

Neil is also fully qualified in obtaining instructions, providing advice and going to court on a Direct Access basis.

As well as practice he has become a senior lead advocacy trainer for Lincoln’s Inn, taking part in courses for students, Pupils’, New Practitioners’, Experts, Vulnerable Witnesses and as a Tutor Trainer having been involved since 2007. He is also a member of the Faculty for the International Advocacy Course at Keble College, Oxford and has trained advocates internationally on behalf of the Inn/ICCA in Dublin, Belfast, Guernsey, the Hague, Cyprus and Ukraine.

Outside of the law, Neil has a keen interest in sport and in particular skiing, cricket and hockey. He is a qualified England Hockey Level 3 coach and umpire.