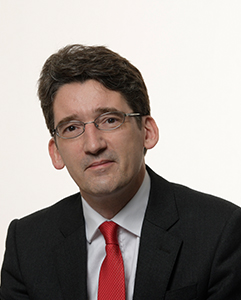 He has considerable practical experience of directors’ disqualification proceedings, having been appointed to the Attorney General’s CDDA provincial panel and is now appointed as Junior Counsel to the Crown Regional A Panel. He frequently represents directors, including in the high-profile World of Leather, Time Computers, Finelist, Farepak and UKLI disqualification cases. He is a contributor to Mithani: Directors’ Disqualification (Butterworths).

Jeremy is a Council Member of the Insolvency Lawyers Association and is a member of the ILA Technical Committee.

Jeremy is a specialist insolvency barrister. Insolvency work forms the majority of his practice and includes all aspects of company, LLP, partnership and individual insolvency. His experience ranges from applications to set aside statutory demands, bankruptcy petitions, administration applications, through clawback proceedings (misfeasance, TUV, preferences, s.423 IA 1986), unlawful dividends and distributions, CVA/IVA voting appeals/revocation/unfair prejudice applications to solvent members’ voluntary winding up, along with pretty much most things in between.

Jeremy has considerable company law experience dealing with director’s duties, shareholder disputes, unfair prejudice petitions and just and equitable winding up petitions. His reported company cases include Wilton-Davies v Kirk [1998] 1 BCLC 274, in which he obtained an interim order for the appointment of a receiver in an unfair prejudice petition and Dyment v Boyden and Bishop [2005] 1 WLR 792, one of the few unlawful financial assistance cases under s.151 CA 1985 to reach the Court of Appeal, where he acted at first instance and in the appeal for the successful defendants.

Jeremy has considerable specialist experience of disqualification cases under the CDDA 1986.

For many years he has acted for the Secretary of State / Official Receiver under his appointment to the Attorney General’s CDDA provincial panel and now as Junior Counsel to the Crown Regional A Panel, advising on and presenting disqualification cases at trial.
In addition, he has substantial experience defending directors in disqualification proceedings, during the pre-issue investigation period, assisting with and drafting representations to avoid the issue of proceedings or narrow and clarify allegations, evidence in defence, defending directors at trial, disqualification undertakings and s.17 CDDA permission applications for leave to act as a director.
He represented directors in the high-profile World of Leather, Time Computers, Finelist, Farepak and UKLI disqualification cases.
He is a contributing editor to the specialist textbook Mithani: Directors’ Disqualification (LexisNexis).

Member of the Chancery Bar Association

Inns of Court School of Law

Jeremy Bamford – Enterprise Chambers ‘Jeremy is extremely responsive and thoughtful. A very effective advocate with very solid knowledge of insolvency law, and is good on paper and on his feet.’

At the Bristol office of the ‘very strong‘ set Enterprise Chambers, the team stands out for its ‘good strength-in-depth in insolvency‘. Stephen Davies KC acted in Kireeva v Bedzhamov, concerning whether a Russian trustee in bankruptcy should be recognised at common law by the English court and if so, whether the court has power to assist the trustee in respect of immovable property in England. Jeremy Bamford is sought after for his expertise in shareholder disputes, directors’ disqualification issues, unfair prejudice petitions and contentious insolvency mandates. The ‘commercially astute‘ Christopher Brockman has been kept busy acting for liquidators in a range of insolvency matters.