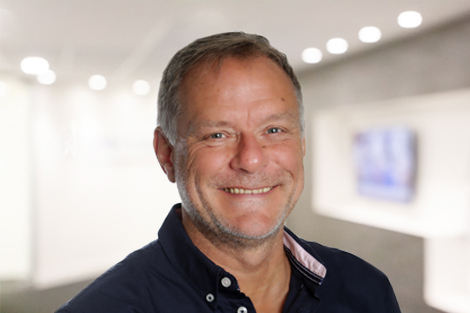 Simon is a Partner and the Head of Dispute Resolution, which also includes the firm’s Debt Recovery, Insolvency and Personal Injury practices.

Simon has an established practice and significant following and he is known for dealing with large scale, complex corporate and commercial disputes with particular expertise in the insurance and banking sectors.

Recognised as one of the foremost litigation lawyers in the South of England, Simon is recommended in Chambers & Partners with sources praising his “pragmatism and flexibility,” and the “sensible and commercial approach” he takes.  He is also praised in Legal 500 2022: “‘Simon Elcock is very calm under pressure, confident and authoritative in his advice. Clients respect him and his initial judgement on a case is rarely wrong.”

Simon qualified as a solicitor in 1997, having trained with the firm after spending the initial part of his career in the hospitality industry, and became a Partner in July 2001.

In addition to standard commercial debt recovery work, the team at DMH Stallard LLP also assists with leasehold recovery mandates; this work was handled by a formerly separate team which has now been integrated into the debt recovery team. Simon Elcock leads the department alongside Oliver Jackson, who joined the firm in January 2022. The group receives mandates from domestic and international clients in a range of sectors; examples include Natwest Group, BDO, MSR Partners and the state bank of Luxembourg. Kelly Mills  departed to Coole Bevis LLP in January 2022.

DMH Stallard LLP’s Gatwick dispute resolution team is active across many sectors, with a particularly strong reputation in banking and finance litigation. Team leader Simon Elcock is a ‘clear and robust litigator’, with strong expertise in the banking and educational sectors. James Colvin has particular expertise in financial and professional services. Clive Lee has over 30 years’ experience of dealing with commercial dispute resolution matters and acts for household name clients. Jonathan Compton , qualified both as a barrister and a solicitor, advises private individuals and commercial organisations of all sizes. Tim Ashdown has almost 30 years’ experience of managing commercial, intellectual property and technology disputes.