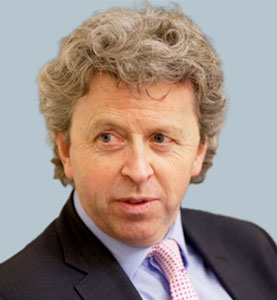 Nicholas Bowen KC specialises in damages claims in tort and under the Human Rights Act against the police and a range of other public authorities.  He is also very well known for his administrative and public law work, particularly in the fields of education, community care and the legal rights of children, the family and vulnerable adults; He public authority liability practice focuses on preventable homicide, serious wrongdoing by public bodies; negligence and misfeasance by the police, psychiatric and health services and social workers.

His private law work has helped to establish many principles in education and tort law which though controversial at the time are now widely accepted.  He is one of the few barristers with a genuine expertise in the crossover between private and public law duties on statutory bodies and has numerous reported cases in the specialist and official law reports. He acts mainly for Claimants but is frequently instructed by Defendants.

Nicholas joined Doughty Street Chambers in 2005 and took silk in 2009. He is committed to pushing the boundaries of the law in the interests of his clients and his empathy with family battles against public authorities has been informed by his own family’s fight to ensure a suitable education for his blind sister and niece who has multiple disabilities; this makes him a very popular choice with parents.  His earlier career was in family and general common law work and has conducted many complex child care cases.  He is acknowledged as a powerful, effective and confident advocate.

Nicholas Bowen KC – Doughty Street Chambers ‘He has an ability to sniff out a novel point of law. He has a strong knowledge of the law concerning police and public authority liability and is creative with it.’

Doughty Street Chambers‘ Nicholas Bowen KC , who handles high-profile cases at first instance and on appeal, is instructed in a case by the former owner of London Fields Brewery, which was said to have been destroyed by HM Revenue and Customs out of revenge for a perceived lenient sentence the business owner received for cocaine trafficking, with it being alleged that the Revenue deliberately misled a judge. Several members of the ‘wide range of experienced counsel’ represent core participants in the ongoing high-profile Undercover Policing Inquiry, including ‘extremely knowledgeable‘ junior Fiona Murphy. ‘Strategic‘ barrister Nick Stanage has a strong track record in high profile claims against the police such as two high value High Court claims relating to human rights violations within policing in 2021.

Nicholas Bowen KC – Doughty Street Chambers ‘Nicholas is a wonder to work with – his extensive experience combined with creative thinking allows for innovative arguments. His knowledge is beyond impressive, yet he remains extremely approachable and is able to communicate complex legal arguments to lay clients. ’