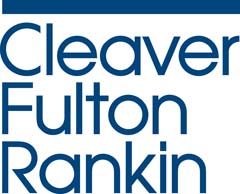 Michael King is a commercial litigator with particular expertise in intellectual property and information law. He regularly advises on cases involving freedom of information and data protection issues. Recently he has been working with organisations on the implementation of the General Data Protection Regulation.

Cleaver Fulton Rankin act on both contentious and non-contentious matters, and are particularly active in the technology and software sector. The team is co-led by litigator Michael King, who is experienced in contentious IP, and corporate partner Paul McBride

, who joined the firm from Davidson McDonnell Solicitors in January 2022.

Cleaver Fulton Rankin is primarily active on liability cases, frequently representing clients before the High Court. Michael King leads the team and has notable experience in dealing with complex personal injury claims. His qualified in mediation and alternative dispute resolution is a further asset.