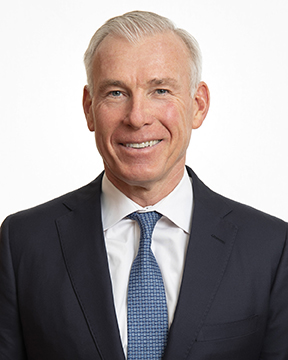 David N. Kelley, a global co-leader of the white collar and securities litigation practice of Dechert LLP and former United States Attorney for the Southern District of New York, has cultivated a revered reputation for his defense of high-profile matters involving sensitive white collar litigation and investigations before major regulatory bodies. His more than three decades of experience span a diverse range of commercial litigation and federal securities as well as grand jury investigations, prosecutions and congressional inquiries. As an experienced trial lawyer and investigator, Mr. Kelley represents multinational and domestic public companies, boards of directors, audit committees, and individuals, including officers and directors, on issues arising across a broad spectrum of industries, including defense, energy, healthcare, pharmaceuticals, financial services, infrastructure, insurance, oil and gas, and retail.

Mr. Kelley served as the U.S. Attorney for the Southern District of New York from 2003 to 2005, and prior to that, Deputy U.S. Attorney from 2002 to 2003. During his more than 17-years with the office, he oversaw the investigation and prosecution of cases involving an array of federal crimes pertaining to the FCPA and the Office of Foreign Assets Control as well as white collar crime, securities fraud, terrorism, and national security issues. In addition, Mr. Kelley was appointed by the New York City Police Commissioner to Chair Crime Reporting Review Committee, where he investigated the integrity of the NYPD’s crime statistics reporting processes. His previous experience also includes serving as co-chair of the Justice Department’s nationwide investigation into the 9/11 attacks, in which capacity he personally prosecuted John Walker Lindh. Furthermore, Mr. Kelley, who served as chief of the organized crime and terrorism unit from 1995 to 2002, is noted for leading the investigations of the 2000 Millennium bombing plots, the 2000 attack of the USS Cole in Yemen, the 1997 bombings of the U.S. embassies in Kenya and Tanzania, and for prosecuting Ramzi Yousef for his role in the 1993 bombing of the World Trade Center.

He has served as an adjunct professor at New York Law School and has also taught trial advocacy clinics at Harvard and Hofstra Law Schools. Prior to joining Dechert, Mr. Kelley served as a partner and Executive Committee member at Cahill Gordon & Reindel.

Dechert LLP handles every kind of change of control and transactional litigation, representing bidders, acquirers, sellers, officers and directors, and special board committees. Active in both federal and state courts throughout the country, its has a strong bench of trial, investigations and securities partners who devote part of their practice to M&A-related cases. David Kelly in New York and David Kistenbroker

, who works from both New York and Chicago, are the lead partners. Kistenbroker and Chicago’s Joni S. Jacobsen recently represented PureCycle Technologies in a class action alleging the company made materially false and misleading statements concerning its reverse merger with ROCH SPAC. For Turtle Beach Corporation, Josh Hess in San Francisco successfully represented the client in defeating an attempt by shareholders to enjoin a shareholder vote on the its merger with Parametric Sound, Inc. New York-based Neil A Steiner is recommended for his work for hedge funds, investment advisers and corporations in securities litigation and deal-related disputes.