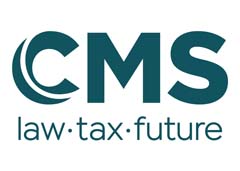 José Luis Piñar is a Consultant of the TMC department at CMS Albiñana & Suárez de Lezo. He is highly regarded as one of Spain’s leading experts in data protection and IT law.

At present, he is a Professor of Administrative law at the Universities of Castilla-La Mancha and CEU San Pablo de Madrid and chairs the Public Law section at the General Codification Commission of the Kingdom of Spain. In addition, he is also an Honorary Member of the Spanish Privacy Association (APEP) and of the “Experts Group on Digital Rights of the Citizens”, not to mention his role as Vice chairman of the Law, IT and Knowledge section at the Royal Academy of Jurisprudence and Legislation.

He also acted as an international expert for the Advisory Council to Google on the Right to be Forgotten.

In 2018, he was presented with the ENATIC award for the Best Digital Legal Professional and this year received the ISMS Forum’s Cyber Security & Data Protection Award in recognition of his outstanding career.