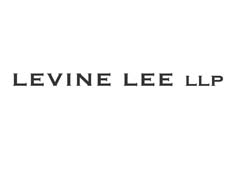 Seth L. Levine, a co-founder of Levine Lee LLP, is a trial and appellate lawyer who focuses his practice on complex civil litigation and white collar and securities enforcement defense. He is often called upon to provide representation and strategic counsel in high-stakes litigation matters and other crisis situations. Chambers USA has described Mr. Levine as “incredibly impressive, a zealous advocate and a pleasure to work with.” In addition to his practice, Mr. Levine is also actively involved in the legal community, and currently serves as the President of the Federal Bar Foundation.

Mr. Levine represents clients in a wide variety of the most challenging litigation matters. With respect to White Collar matters, Mr. Levine defends clients in high-profile actions and investigations brought by federal, state and local prosecutors and regulators, and in internal investigations. These matters have involved a wide range of issues such as securities, accounting and the financial markets, insider trading, antitrust, healthcare, bank secrecy, money laundering, banking practices, financial fraud, intellectual property and political activities. In his civil practice, Mr. Levine handles a variety of complex matters including securities and derivative litigation, antitrust, the Fair Labor Standards Act, contract disputes, business torts and other commercial matters. The Legal 500 has described Mr. Levine as a “tenacious and creative advocate who is 100% committed to his clients and their best interests,” “a fighter” who “inspires respect on the part of prosecutors and his colleagues in the defense bar,” and a “tireless” advocate who “will leave no stone unturned.”

After his government service, Mr. Levine was a partner at Foley & Lardner LLP where he served as the Vice-Chair of the Securities Litigation, Enforcement and Regulation Practice Group. Prior to joining the U.S. Attorney’s Office, Mr. Levine practiced at Cravath, Swaine & Moore LLP, where he focused on antitrust and other complex litigation and counseling matters.

Mr. Levine graduated from the University of Chicago Law School and the University of Rochester. After law school, he clerked for the Hon. Barbara B. Crabb, Chief Judge, U.S. District Court for the Western District of Wisconsin. Mr. Levine has been recognized by many publications, including Chambers USA, The Legal 500, and Benchmark Litigation. He has also been recognized by Best Lawyers in America, the Guide to the World’s Leading White Collar Crime Lawyers, and as one of the top 100 lawyers in New York by New York SuperLawyers 100®.

Association of the Bar of the City of New York