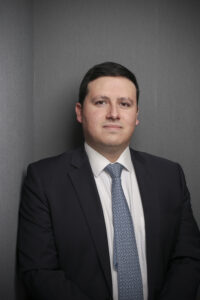 A member of the list of Young Arbitrators of the Arbitration and Mediation Center of the Santiago Chamber of Commerce (CAM Santiago), of the Chilean Bar Association and of the Chilean Society of Construction Law, he is also the director of an educational foundation.

Riquelme, Silva & Fuentes was launched in April 2021 by three former Reymond & Cía partners, who are well known for their advice on contract negotiations and disputes with Chilean state departments. The public law practice is also particularly noted for its advice on public work concessions, construction, public and private infrastructure, energy, public health services, real estate and family estates. Public law litigation and arbitration specialist Rodrigo Riquelme has ‘vast experience in advising important companies on their relations with the state‘; and Diego Fuentes González is a construction law and dispute resolution expert.