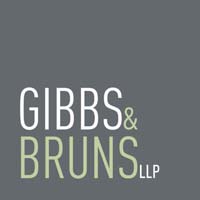 Kathy Patrick is a partner at Gibbs & Bruns LLP, a premier litigation boutique based in Houston.  In her 36 years of trial practice, Kathy’s cases have run the gamut of high profile, high dollar, and high risk cases. She has represented clients pursuing recoveries for securities frauds in Brazil, Thailand, and Indonesia, the private prison industry, the waste disposal industry, and in mortgage-backed securities. She has also pursued commercial cases for clients seeking to enforce leveraged buyout agreements, construction contracts, and corporate indemnities. On the defense side, she successfully defended a client accused of a market allocation conspiracy in the North Sea, defended the outside directors of Enron and Westar in regulatory investigations and securities litigation, and is leading the defense of a large energy company in environmental and energy litigation. Kathy’s representative clients include: Occidental Petroleum Corporation, ExxonMobil, PIMCO, BlackRock, Trust Company of the West, Invesco, Western Asset Management, the former outside directors of Enron Corporation and the State of Arizona.

In the wake of the financial crisis, Kathy led a team that pursued recoveries for a group of fourteen large institutional investors who purchased securitized mortgages that contained fraudulent or ineligible loans. Over a period of five years, Kathy and her team recovered more than $20 billion in cash and additional billions of dollars in mortgage servicing reforms from major financial institutions including Bank of America, JPMorgan, Citigroup, Residential Capital, and Lehman Brothers. Forbes magazine profiled Kathy’s RMBS efforts and called her “the woman Wall Street fears most” and the Wall Street Journal called her “the secret weapon for big bond investors seeking to recover billions of dollars on faulty mortgage-backed securities.”

Kathy’s national recognition includes being named a “Lawdragon Legend” by Lawdragon 500, 2020; she  received Chambers and Partners “Outstanding Contribution to the Legal Profession” Award, 2019; was named one of the “20 Most Influential Women in Securities Law” by Law 360, 2016; a “Premier Woman in Law” by the Association of Women Attorneys, 2015; and a “Top Ten Change Agent” in the “US Innovative Lawyers” feature by the Financial Times, 2012.  She was named in “The Best of the Best USA” as one of the “Top 30 Litigators” in the U.S. by Euromoney Legal Media Group, 2015.  She was named “Overall Outstanding Practitioner” and “Best in Litigation” by Euromoney Women in Business Law Awards, 2012-2013.  She was named “Overall Female Litigator of the Year” and “Texas Litigator of the Year” by Benchmark Litigation, 2012.  Texas Lawyer featured Kathy in “Winning Women,” 2011, and “Extraordinary Women in Texas Law,” the inaugural issue, 2008.

Based in Houston, Texas, Gibbs & Bruns LLP is a boutique litigation firm that has significant experience in securities cases, both for plaintiffs and defendants. It built its presence on a platform of cases involving residential mortgage-backed securities (RMBS) and has represented large institutional investors in disputes with JPMorgan, Bank of America, Citigroup, Lehman Brothers, and ResCap, recovering more than $16bn. Since then, the firm has has broadened its scope. Key partners Kathy Patrick, David Sheeren and Sam Cruse are currently representing Fannie Mae in a suit seeking $800m in damages from nine banks for alleged manipulation of the London interbank offered rate (Libor) and other financial benchmarks.

Based in Houston, boutique firm Gibbs & Bruns LLP regularly represents plaintiffs and defendants in energy, technology and financial services litigation. In an ongoing matter, Kathy Patrick is acting for 21 institutional investors in claims against JP Morgan regarding the distribution of a $4.5bn settlement agreement reached in 2013. Founding partner Robin Gibbs continues to handle major cases in the oil and gas industry, including breach of contract, trade secrets and construction and engineering disputes. Barrett Reasoner is also noted for his impressive record in energy litigation, and Ross MacDonald is a recommended associate in the practice group.

Gibbs & Bruns LLP is a litigation boutique based in Houston with recognized expertise in the oil and gas sector. Though the firm is strongest in Houston, it has experience handling a wide range of energy cases for both plaintiffs and defendants on a nationwide basis. Robin Gibbs has extensive experience representing clients in energy and oil and gas litigation and Kathy Patrick is also highly experienced in this space, having recently been involved in a number of high-profile and high-risk cases. Barrett Reasoner has a broad commercial litigation practice covering securities, oil and gas, construction, environmental, and intellectual property law. Brian Ross is also recommended in the practice group.