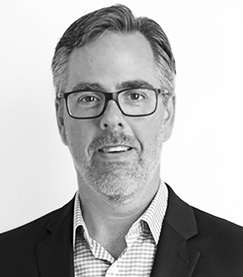 Michael R. Williams, a partner at Frankfurt Kurnit Klein & Selz is the Chair of the firm’s Fashion Group and Co-Chair of its Entertainment and Celebrity Branding Groups.

Mr. Williams represents actors in the negotiation of deals to perform in film, television, theater and other media. He also works to assist clients in capitalizing on their name, fame, likeness, and other rights in all media. He negotiates and structures profitable merchandising, licensing, endorsement and spokesperson agreements, and counsels clients on the development of their own celebrity-branded product lines.

Mr. Williams has extensive experience working with fashion brands and individuals with regards to the creation, protection and, licensing of their intellectual property and trademarks. He also advises clients regarding corporate structuring and employment matters.

Mr. Williams is a member of the New York State and American Bar Associations. He is admitted to practice in New York.

From key players in interactive entertainment to music, publishing to TV content production, the practice at Frankfurt Kurnit Klein & Selz PC covers the entire media & entertainment industry and also advises on cutting-edge matters such as NFTs and other Blockchain-related endeavors. From Los Angeles, Andrew Hurwitz co-heads the department- deeply entrenched in the film & television industry, he is an expert on development, production, financing, and distribution agreements and recently represented the Roald Dahl Story Company in their sale to Netflix. In New York, co-head Michael Williams has extensive expertise in the fashion industry. Additionally in New York, Julie Murray advises production companies such as Jupiter Entertainment for which she negotiated a ‘First Look’ deal with Bronco Productions. Further recommended in New York is Marcie Cleary who focuses her expertise on talent management and cultural creators. Hayden Goldblatt is a specialist in film financing, also based in New York.