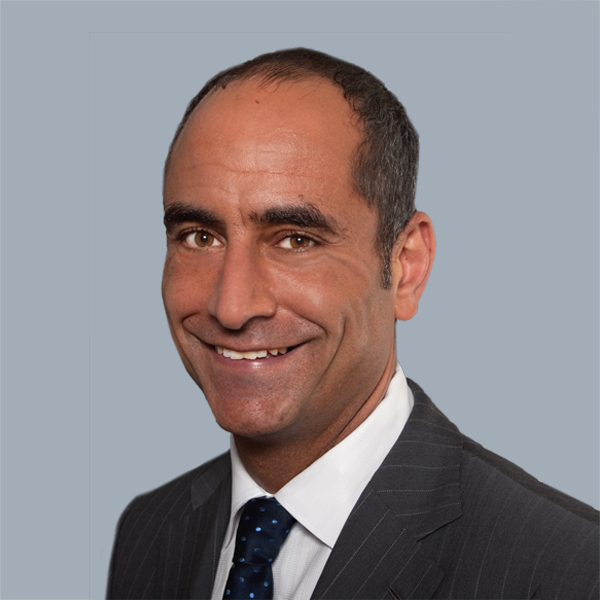 Adam Hakki is the Firm’s Global Managing Partner.  He is also Global Head of the Firm’s Litigation Practice and Disputes Unit.

Adam Hakki is the Firm’s Global Managing Partner.  He is also Global Head of the Firm’s Litigation Practice and Disputes Unit, maintaining a full time litigation and government investigation practice, with particular focus on securities, antitrust, and corporate governance matters, both civil and criminal.  Widely recognized as one of the country’s preeminent litigators, Adam regularly appears in the courtroom, boardroom and before the Department of Justice, Securities and Exchange Commission, CFTC, FINRA, and other regulators.  With decades of experience, Adam is seasoned in crisis management and a first-choice counsel to the financial industry for major cases and investigations.  Adam also frequently represents companies, directors and senior executives in other industries, especially healthcare and biotech, technology and media.

Adam is a frequent lecturer and panel participant on insider trading, SEC and government investigations, litigation and compliance matters, including for SIFMA, PLI, ALI, the New York City Bar, and other leading groups.

Shearman & Sterling LLP‘s financial services litigation practice is highly active in a range of disputes in this space, with a particular focus on antitrust and securities class actions as well as investigations by FINRA and government regulators. The team’s work in securities disputes includes defending banks facing claims for their roles as the underwriters of IPOs and debt offerings. The practice additionally acts for major banks in antitrust actions involving allegations of manipulation of markets in securities as well as rates. In the governmental relations space, the practice handles investigations and prosecutions for banks, broker-dealers and individuals in the financial services sector, providing counsel to clients on investigations by FINRA, SEC, CFTC, and DOJ. The team is led by Adam Hakki

and Richard Schwed in New York alongside Patrick Robbins in San Francisco. Hakki handles the firm’s antitrust cases and is also active on investigations, while Daniel Lewis focuses on securities class actions; Grace Lee is another name to note in this area, with both lawyers also based in New York.

Shearman & Sterling LLP has a deep bench of lawyers whose practices focus on many related area of law, among them securities, criminal law enforcement, antitrust, commercial disputes, intellectual property and arbitration. The firm is able to handle all aspects of the most complex M&A  and ensuing litigation, with litigators closely involved in deal structuring, pre-trial strategy and the trial process itself, whether in Delaware or in other fora around the country. Global managing partner and head of litigation Adam Hakki

has a stellar reputation in both securities litigation and M&A disputes. He leads the M&A litigation practice along with fellow New York partners Paula Anderson, Alan Goudiss and Mallory Brennan. Goudiss and Brennan represented Pattern Energy Group in successfully defeating a putative class action in Delaware arising from its merger agreement with a subsidiary of Canada Pension Plan Investment Board, which was challenged by Water Island Capital.

Shearman & Sterling LLP can showcase a series of victories for its clients from a range industries such as automotive, chemicals, healthcare, media and entertainment, medical devices, and technology. The practice is further regularly involved in financial products disputes as well as in breach of contract, fraud, professional malpractice, business torts, and insurance and reinsurance matters. Adam Hakki

Shearman & Sterling LLP is recognized as one of the pre-eminent firms for securities litigation, investigations, and enforcement actions. The firm has offices across the US, giving it a strong presence in state and federal court actions throughout the country. Best known for its strong relationships with financial institutions, the firm is a key adviser to underwriters, though it frequently acts for corporate issuers in high-stakes matters. For Canadian cannabis company Sundial Growers, the firm secured the dismissal of a securities class action arising from the company’s IPO, which was followed by declines in its stock price. Adam Hakki

, who led that case, and Richard Schwed in New York, lead the team along with Patrick Robbins in San Francisco. Agnès Dunogué is an up-and-coming partner in New York, where Grace Lee was promoted to partner in April 2021, as was Mallory Brennan in Houston. Hakki and Lee recently acted for Morgan Stanley in a class action alleging that defendants conspired to fix interest rates of variable rate demand obligations at an artificially high level.

The white-collar defense and investigations team at Shearman & Sterling LLP is well regarded in the market for its expertise in cross-border investigations and litigation. The practice, which includes former federal prosecutors and enforcement attorneys, is led in New York by Adam Hakki

and Stephen Fishbein, and in San Francisco by Patrick Robbins. Fishbein is a veteran trial and appellate lawyer, who acts for both corporations and individuals, while Hakki is recommended for DOJ, SEC and FINRA investigations, among others. Robbins is recommended for FCPA matters, antitrust, accounting and securities fraud and insider trading. The team was bolstered in June 2021, with the arrival of Ryan Shores from the DOJ in Washington DC.

and Richard Schwed head the practice alongside Patrick Robbins in San Francisco. Other names to note in New York include Jerry Fortinsky and Brian Burke, particularly for China-related litigation, and Katherine Stoller for both cross-border litigation and enforcement investigations. The group benefits from a number of former federal prosecutors and enforcement lawyers among its ranks, including Washington DC-based antitrust litigator Ryan Shores, who rejoined the practice from the Department of Justice in early 2021. Other additions to the team during 2021 include the arrival in Dallas of commercial and securities litigation and class action defense duo Thad Behrens and Dan Gold from Haynes and Boone, L.L.P. and Austin-based IP litigator Saul Perloff from Norton Rose Fulbright.