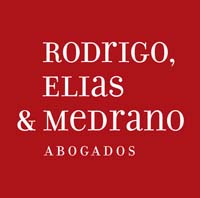 He has extensive experience advising buyers, sellers, targets, financial advisors, financiers and others on mergers and acquisitions and has represented financial institutions and sponsors in the development and financing of projects and concessions in the energy, infrastructure, telecommunications and mining industry, among others.

An impressive deal list during a tough year illustrates the standing of Rodrigo, Elías & Medrano – Abogados both domestically and globally, favoured by a raft of top international companies and law firms requiring Peruvian M&A representation. Clients particularly appreciate the ‘good relationships that they manage to maintain with all parties, including the counterpart in the negotiation‘. The firm shines for its strength across the board of legal practice areas, drawing together tier-one specialists for transactions where needed under the leadership of head of M&A Jean Paul Chabaneix, who ‘has a way of working that brings a lot of peace and security to the teams‘, and corporate head Ramón Vidurrizaga. Other key names include Luis Enrique Palacios, Eduardo López and Jorge Trelles, all regular lead advisers in significant transactions. New clients won during the past year include Morgan Stanley Infrastructure Partners and Continental Grain Company. Augusto Cáceres  left the firm in July 2021 to establish a ventures and legal lab.

Rodrigo, Elías & Medrano – Abogados handles some of the most sophisticated finance transactions the market, attracting a broad client base of domestic banks, global investment institutions and leading local companies. It is also the preferred choice for numerous international law firms seeking Peruvian counsel. Jean Paul Chabaneix is widely admired and a good choice, say clients, for more complex or novel matters including banking regulatory work. Demonstrating his broad practice on behalf of both borrowers and lenders, Chabaneix recently acted for Compañía Minera Antamina on its $250m loan from The Bank of Nova Scotia, and advised Standard Chartered on its $150m financing to Compañía Minera Chinalco. The 26-lawyer team also includes: leading project finance specialist Fernando Molina; Juan Diego De Vinatea, who led advice to Minera Las Bambas in its mighty $800m financing provided by Bank of China, Commercial Bank of China and The Export-Import Bank of China; Luis Enrique Palacios and Jorge Trelles, who are both regular lead advisers on key finance transactions; and the experienced Eduardo López. Nicolás Cornejo was deservedly made partner in January 2021 and is focused on corporate and project finance, as well as capital markets.