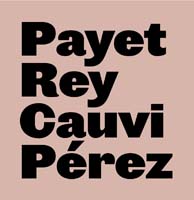 Banking and finance, securities and corporate.

Mr. Vega is Partner of the firm, specializing in banking and finance law, securities law and corporate law.

He has extensive experience in structuring and issuance of debt and equity transactions, financing, investment funds, securitization and mutual funds. He played a leading role in several of the largest banking operations in the country, and has participated in structuring complex banking instruments of local and international entities.

Prior to joining the firm, he was Chief of Projects and Legal Counsel of the Corporate Finance Area of Banco de Crédito del Perú.

Payet, Rey, Cauvi, Pérez Abogados earns top ranking due to its consistent performance in headline transactions: it acted for the underwriters, including Goldman Sachs, Morgan Stanley, BBVA Securities, in the $4bn sovereign bond issuance by the Republic of Peru, the first 100-year bond in Peruvian history; it also represented the underwriters – Citigroup Global Markets, Goldman Sachs, HSBC Securities (USA) and Santander Investment Securities – in the Republic of Peru’s earlier $3bn sovereign bond issuance. Co-head of the practice José Cúneo led the advice on both deals. Fellow head of the practice Eduardo Vega is widely respected and enjoys a strong following among Peru’s banking elite and is regularly sought after for complex and high-value capital markets deals, while principal associate Alan García Nores continues to be praised by clients.

Fielding one of the largest finance teams in Lima with 35 lawyers, Payet, Rey, Cauvi, Pérez Abogados excels across a broad spectrum of finance work for the country’s leading domestic banks and finance companies. Unlike some of the lender-focused law firms, this practice also acts for borrowers, typically some of the largest companies in the country, as well as local and international sponsors and funds. At the helm, José Antonio Payet and José Cúneo are a formidable duo: Payet for his reputation in the field built off a track record of sophisticated transactions, and Cúneo for his dominant role within the team, leading on the majority of current key deals. They include acting for Banco BBVA, Credicorp Capital Servicios Financieros and Itaú as lead arrangers in the refinancing of a $275m loan facility granted to Compañía de Minas Buenaventura, the country’s largest mining company. Eduardo Vega is another lead member of the team and widely respected by peers for his capability, particularly capital markets and structured finance. The practice benefits from a large bench of experienced associates, of which principal Alan García Nores is noted for his ability in complex domestic and cross-border transactions and financial products.