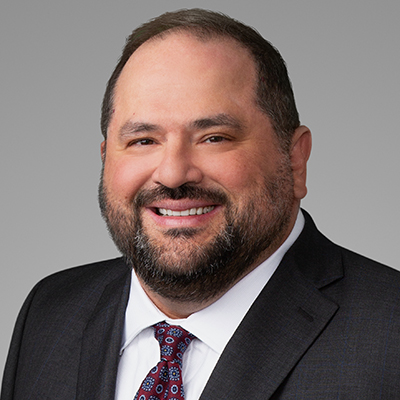 He has deep experience in every facet of the tax controversy practice. His experience includes handling matters before the Internal Revenue Service (IRS) in examination, mediation and appeals proceedings, before arbitrators in private party tax disputes, and before courts and regulatory bodies, including those before the United States Tax Court, United States Court of Federal Claims, United States District Courts, state courts, and public utility commissions.

He also has an active federal transactional tax practice, with specific experience in tax issues affecting the energy, oil and gas, and electric and gas utility industries (including tax normalization issues).

One of the nation’s leading tax controversy and planning attorneys, Richard Husseini brings to bear his 30 years of experience to successfully represent private and public companies and high-net-worth individuals in complex tax matters. He is described as “bright and thoughtful; a very good litigator” (Chambers USA 2022) and as “a national leader in tax disputes” whose “knowledge of the sector is very high” (Legal 500 US 2022). Richard is recognized by Chambers USA, The Legal 500 United States and Best Lawyers in America (Woodward White, Inc.).

Richard is also active in the community. He serves as Chairman of the Board of Trustees of the University of Dallas and as a Director on the Board of Houston Grand Opera. He is a past board member of Genesys Works Houston and served as past President of the St. Thomas More Society of Galveston-Houston.

Following graduation from law school, Richard served as a law clerk to the Honorable Richard A. Posner of the United States Court of Appeals for the Seventh Circuit.

Board Chair and Trustee, University of Dallas

Equestrian Order of the Holy Sepulcher of Jerusalem

The tax disputes team at Kirkland & Ellis LLP has a ‘strong deep bench for tax disputes’ in federal and state courts, administrative appeals, and dispute resolution before litigation stage. It is especially experienced in transfer pricing controversy proceedings and representing private equity funds in tax audits and proceedings. Based in Houston, practice co-lead Richard Husseini represents public and private companies and high net worth individuals before the IRS, courts, and regulatory bodies. Operating out of Chicago, co-lead Natalie Keller is experienced in transfer pricing disputes, particularly for clients in automotive, medical product, and pharmaceutical industries. She works alongside Todd Maynes, a tax litigation, debt restructurings, and insolvency specialist, and counsel JoAnne Nagjee

, who represents clients in administrative appeals and post-appeal mediation.