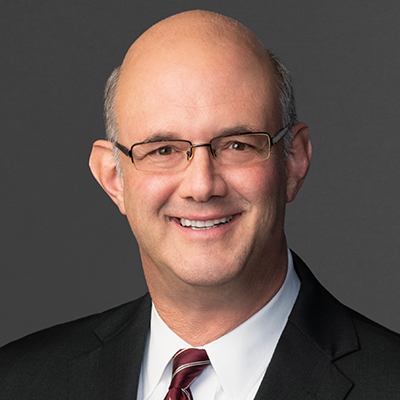 Scott Scheele is a partner in the Antitrust & Competition Practice Group in the Washington, D.C., office of Kirkland & Ellis LLP. Scott has over 30 years of experience, including serving as a senior executive and supervisor in the U.S. Department of Justice’s Antitrust Division. He has handled matters involving the media, telecommunications, technology and financial services industries, and has substantial antitrust litigation, trial, investigation and management experience.

Scott spent nine years as the Chief of the Media, Entertainment and Communications Section of the Antitrust Division, and in that capacity supervised all merger and civil conduct investigations and implemented competition policy in the areas of wireless and wireline telecommunications, media and entertainment. Before that, he spent eight years as the Assistant Chief of the Networks & Technology Enforcement Section. Scott joined the Antitrust Division in 1995, after five years as an associate with Howrey & Simon.

Offering significant agency experience, the team at Kirkland & Ellis LLP is adept in representing clients in a broad range of industries throughout government cartel investigations and associated litigation, with a focus on price-fixing, monopolization, generic drugs and intellectual property. The firm represents parties in key cartel investigations, most notably acting for AbbVie in ongoing FTC litigation relating to anticompetitive conduct in the generics space, and also has notable capabilities in cartel investigations into private equity portfolio companies, assisting many of the firm’s leading PE fund clients. Senior names in the team include the experienced Chicago-based duo of James Mutchnik, a go-to counsel for government and internal investigations, international cartel litigation, and criminal proceedings arising from cartel allegations, and Daniel Laytin, a specialist litigator regularly involved in civil and criminal cartel cases. The team’s expertise in media and telecoms work was bolstered by the arrival of Scott Scheele

, who joined the Washington DC office in December 2021, having served as head of the Antitrust Division’s Media, Entertainment and Communications Section.

Kirkland & Ellis LLP is heavily active in merger clearances, successfully securing approvals for its highly acquisitive corporate and private equity clients, including such major funds as Blackstone, KKR, and Bain Capital, handling a large proportion of HSR filings alongside more contentious merger proceedings such as Second Requests and DOJ investigations. Alongside its strong domestic presence, the firm also regularly handles cross-border clearances, appearing before the European Commission and other global enforcers, and collaborating with its international offices on complex multijurisdictional matters. Key names in the team include the vastly experienced Matthew Reilly, a fixture in FTC and DOJ merger proceedings on behalf of a wide range of blue-chip clients and New York-based Ian John, who notably represented Ahold Delhaize in the clearance of its acquisition of Fresh Direct. Marin Boney has strong expertise in the software and technology space, handling approvals and investigations for M&A and joint ventures. The team expanded significantly during 2021, with Andrea Agathoklis Murino and Matthew Wheatley arriving from Goodwin in January and March respectively, Jill Ross joining the New York office from Dechert LLP in May, and media and entertainment specialist Scott Scheele

arriving from the Antitrust Division in December. Lawyers are in Washington DC unless otherwise stated.