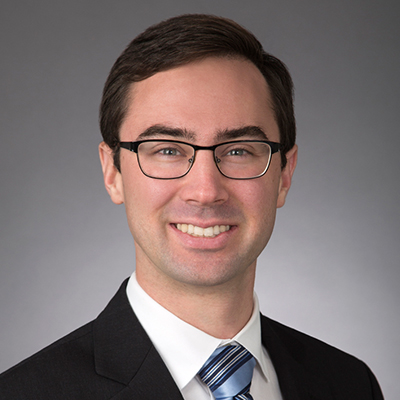 Harker Rhodes is a litigation partner in the Washington, D.C., office of Kirkland & Ellis LLP. His practice focuses on Supreme Court and appellate litigation, as well as regulatory matters and strategic counseling. Harker has obtained success for clients in multiple cases before the Supreme Court, both at the certiorari stage and on the merits; has authored successful briefs before numerous federal and state appellate courts; and has argued in federal court at both the appellate and the trial level. His matters have involved both civil and criminal cases, and have addressed a wide range of subjects, including constitutional litigation, administrative law, antitrust, bankruptcy, CERCLA, corporate veil-piercing, criminal procedure, ERISA, federal preemption, labor law, personal jurisdiction, sovereign immunity, and white-collar crime. Harker has represented plaintiffs and defendants in multiple complex cases involving claims in the hundreds of millions of dollars, as well as representing clients in out-of-court mediation proceedings and counseling clients affected by litigation risks. Representative clients include General Motors, IBM, Blue Cross Blue Shield, BP, Sanofi, Regeneron, Moda Health, FirstEnergy, Ultra Petroleum, and other major corporations. In addition, Harker has maintained an active pro bono practice, including successful appeals on behalf of indigent and incarcerated clients in cases involving inadequate prison medical care and denial of the Sixth Amendment right to self-representation.

Before joining Kirkland, Harker served as a law clerk to Associate Justice Anthony M. Kennedy of the Supreme Court of the United States, Chief Judge Robert A. Katzmann of the U.S. Court of Appeals for the Second Circuit, and Judge Rya W. Zobel of the U.S. District Court for the District of Massachusetts. He is a graduate of Harvard College and Stanford Law School, where he served as Managing Editor of the Stanford Law Review. He is also a member of the Edward Coke Appellate Inn of Court.

Kirkland & Ellis LLP houses one of the country’s most admired appellate law practices, which is frequently involved in high-stakes cases before all Circuits. On the US Supreme Court front, the firm continues to secure a dominant volume of precedent-setting matters, notably arguing five cases during the 2020 term, which represented 10% of all cases heard that year. The firm also earns plaudits for its impressive success rate, which saw it win all five of its merits cases over the past year. Former Solicitor General Paul Clement

stands out as one of the most seasoned litigators in the market and has argued over 100 cases before the US Supreme Court. Erin Murphy is also a sought-after appellate expert, with an impressive record in constitutional, statutory and administrative law cases. Clement and Murphy recently paired up to successfully represent the Alaska Native Village Corporation Association before SCOTUS in a dispute over whether Alaska Native Corporations are ‘Indian tribes’ under the Indian Self-Determination and Education Assistance Act, and thus eligible for funding available to Tribal governments under the Coronavirus Aid, Relief, and Economic Security Act. George Hicks is also a high-profile appellate litigator and acted alongside Clement to obtain a victory for Snyder’s-Lance in the Fourth Circuit in a long-running trademark dispute with Frito-Lay. The practice also benefits from the senior experience of John O’Quinn and New York-based Jay Lefkowitz. Among the premier group’s up-and-coming names, William Burgess stand out for his IP expertise, while Harker Rhodes recently represented Windstream Holdings in two appeals arising out of its bankruptcy proceedings, winning both appeals. All attorneys are based in Washington DC unless stated otherwise.