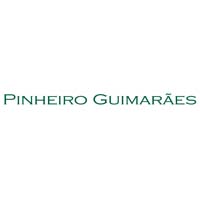 Plinio Pinheiro Guimarães N. is the head of the Rio de Janeiro office of Pinheiro Guimarães firm and has been historically recognized as one of the leading lawyers in banking and finance, capital markets and M&A transactions in Brazil. Plinio stands out for his deep knowledge of the law and of the Brazilian market due to his solid relationship with the most important players in the financial and capital markets sectors. Plinio constantly is praised by clients for his hands-on approach and fine relationship skills which make him one of the most influential and prominent lawyers of his generation in Brazil, who is still deeply involved in deal execution and structuring of the most complex and high-end deals in the country. With an unusual and outstanding capacity of combining knowledge of several fields of law, Plinio is seen by clients as a strategist when it comes to negotiating banking and finance, capital markets and M&A transactions. He also brings his expertise to complex distressed situations and is able to offer creative solutions resulting from a long and impressive track record that includes the most high-end legal transactions carried out in the Brazilian legal market over the last couple of decades. Plinio is also praised by clients and by his fellow firm colleagues for his people management skills, which contributes to maintaining the high level of the work performed by the firm and keeping the firm´s professionals highly engaged and motivated.

Pinheiro Guimarães is a top choice for high-profile domestic and cross-border financings. The firm acts for a broad range of leading private and institutional creditors, including banks, governments and development agencies, as well as corporate borrowers. This includes regular involvement on some of the largest structured, project and acquisition financings on the market. Lead partners Francisco José Pinheiro Guimarães and Plinio Pinheiro Guimarães N respectively lead the team from the firm’s offices in São Paulo and Rio de Janeiro. Other key partners include Ivie Moura Alves for structured syndicated loans and debt capital markets and Fábio Yanitchkis Couto for distressed debt situations. Roberta Pimentel is particularly active in infrastructure, energy and natural resources-related financings.