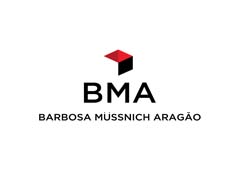 José Inacio has extensive experience in all areas of competition law.

He represents clients before CADE, Brazil’s antitrust authority, in the submission and review of mergers and acquisitions; in investigations into cartels and unilateral conduct; and in proposals for leniency agreements and in the resolution of investigations by agreement with the investigating authority.

In his advisory practice, José Inacio assists companies in analyzing the competition aspects of their business policies, and in conducting internal competition compliance investigations. He also advises on competition aspects in the due diligence and negotiating phases of M&A transactions.

José Inácio provides specialist support to the firm’s litigation practice area in disputes involving competition law issues, and works with the banking area in merger notifications to the Central Bank of Brazil.

BMA – Barbosa, Müssnich, Aragão stands out for its ‘experience, quality, academic training of the lawyers, strategy and excellence in the services‘. The firm’s traditional strength in corporate and M&A ensures a steady flow of merger control instructions for the competition practice, with cases involving digital and media sectors being particularly prominent on its recent workload, though the standalone practice also generates a large proportion of merger work independently. It is also able to work in collaboration with other departments at the full-service firm, including compliance and data protection. The team can regularly be found assisting clients in cartel investigations, as well as unilateral conduct cases. The group is under the leadership of Barbara Rosenberg

, an experienced competition law expert whose track record includes advising on the merger approval of numerous high-profile M&A deals. Also of note are Marcos Exposto, who advises companies in the financial services, healthcare and food industries, among others; Camilla Paoletti, who counts domestic and international life sciences, chemicals and consumer goods companies among her clients; José Inácio Almeida Prado Filho, whose practice also encompasses disputes involving competition issues; and Luís Bernardo Cascão, who specialises in antitrust matters in the digital sector. At the associate level, Vivian Terng, Lea Jenner de Faria and Bruna Anklam are also noted. Since publication, Guilherme Morgulis was promoted to partner at the end of 2022.