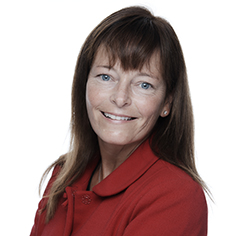 Rebecca began her career in Jersey in 1995, initially specialising in criminal law and personal law (dealing with family, landlord/tenant, civil law and also the odd human rights type case such as asylum applications). She qualified in 2000 and then moved on to head up the legal aid department at another local firm where she specialised in criminal law. Here she defended a large number of criminal cases covering the whole range of subjects including financial crime, sex offences, murder, driving offences, drug offences and violent offences.

Rebecca was sworn in as a Crown Advocate in 2007, she spent the next two years working as a Crown Advocate conducting prosecutions for the Attorney General.   After this, Rebecca became a Case-Delegate for the Law Society, investigating disciplinary complaints against lawyers, and a consultant for a local firm; all alongside her Crown prosecution work.

In 2012 Rebecca joined the firm for which she had been consulting as a partner. She continued to specialise in criminal law and also did a variety of other types of litigation work such as: regulatory, employment law, personal injury law, civil disputes and trust litigation. She continues to prosecute cases for the Attorney General and has also advised in a case involving the Lieutenant-Governor’s prerogative power of mercy.

Rebecca is known for being sympathetic, approachable and fair when dealing with clients and colleagues, yet tenacious in the courtroom. She has a reputation for presenting well-constructed, clear and logical arguments.

Rebecca is one of Jersey’s advocacy trainers, working in conjunction with Gray’s Inn to train local Jersey lawyers in the art of advocacy and ethics.

Rebecca does charity work for the Death Penalty Project in London.

The team at Viberts handles the spectrum of employment law issues, with experts in litigation, regulatory issues, business licensing, contract advice and compromise agreements, as well as employment issues following M&A transactions. The team is led by Vicky Milner

, who specialises in representing senior individuals in claims involving allegations of discrimination and psychiatric injury, as well as non-contentious advisory work. Paul Wilson is a non-contentious employment law expert with experience in redundancies. Rebecca Morley-Kirk is a litigator who regularly appears before employment tribunals, representing individuals and unions, while Giles Emmanuel  is another key member of the practice. Chris Hendry is also recommended.

Viberts‘ disputes team is known for handling a wide variety of cases, including administrative reviews, insurance-related claims, a specialty of Corinne Holmes, construction disputes, contentious trust and probate work, as well as commercial litigation. The team is led by Christina Hall, an experienced commercial and trust litigator. Rebecca Morley-Kirk is focused on disputes involving human rights, employment and immigration law, but also has a criminal law practice. Giles Emmanuel  is instructed in cases involving insolvencies, trusts, construction and real estate.