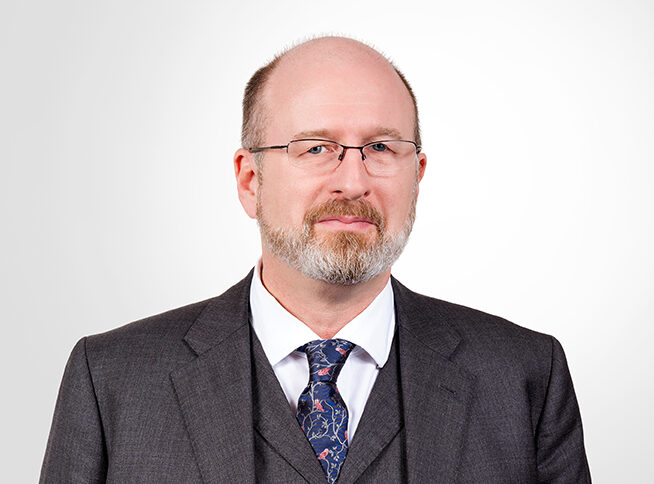 Gordon is a Partner in Mourant’s Guernsey Litigation and Dispute Resolution practice.  He is an English Barrister by background, practising from London Chambers for 9 years, gaining extensive court experience, before moving to Guernsey in 1998 and joining Ozannes, now Mourant Ozannes, where he has been a Partner since 2003.

His practice focus points are regulatory law and white collar crime, trust disputes and related issues (for example director and company issues arising in a trust context) and areas of crossover between the regulatory and fiduciary worlds.  He has a substantial commercial practice more generally with considerable experience also of insurance and public law.  He has particular interests in litigation connected with Russia/CIS and litigation funding.

He has taken cases to all levels of the Guernsey court system including cases to the Privy Council and to the Supreme Court/House of Lords and to the European Court of Human Rights.

He has written extensively about Guernsey law, including writing what is still Guernsey’s leading textbook, Laws of Guernsey, Hart Publishing, Oxford, 2003.  He has been a member of the editorial board of the Channel Islands’ leading law review, the Jersey and Guernsey Law Review, since 2003.

What the directories say

“Gordon Dawes has a penetrating brain that is robust and at the same time flexible.” Chambers and Partners UK, 2021.

“The outstanding Gordon Dawes handles a diverse range of instructions spanning from regulatory and insurance-backed matters through to trust disputes …”  Legal 500 UK, 2020.

Gordon is “a highly experienced advocate who is particularly steeped in Guernsey law.” Chambers and Partners UK, 2020.

Chambers and Partners UK, 2019 states, ‘Gordon Dawes  is “very commercial and a pleasure to deal with,” says a source, who adds: “His client care is excellent.”‘

‘The “tactically very astute” Gordon Dawes “runs his teams with a great degree of practicality and efficiency.” Legal 500 UK, 2019.

‘Legal 500 UK, 2016, lists Gordon as a Leading Individual for Dispute Resolution and he is recommended for Private Client, Trusts and Tax.

‘Gordon Dawes has a strong reputation for his public law experience, having represented the Guernsey government among other high-profile clients. Sources say that he is ‘extremely able’ and that ‘for public law matters, he is head and shoulders above the rest in Guernsey’,’ Chambers UK, 2016.

‘The ‘very experienced’ and ‘excellent’ Gordon Dawes is especially well known for his expertise in public law matters,’ Chambers UK, 2015. Gordon is ranked in Dispute Resolution.

Described as ‘excellent’, Legal 500 UK, 2015, ranks Gordon as a Leading Individual and he is Recommended in Dispute Resolution and Insurance.

Mourant‘s litigation practice is fully integrated between the firm’s international offshore office network. Trust disputes are a core of the work, and lawyers are often instructed on the most high-profile cases in Guernsey. Another area where the firm stands out is insolvency and restructuring, acting for creditors and liquidators, and the group is experienced in court-ordered schemes of arrangement. On the regulatory front, the department houses go-to lawyers for financial institutions in disputes with the Guernsey regulators. The team is led by Abel Lyall , an experienced court room advocate, and includes trust litigator Jeremy Wessels

and counsel Sandra Duerden, who has built an impressive trust litigation practice.

Mourant fields ‘a strong insurance team with a good knowledge of how local laws tend to interact with laws in other jurisdictions‘. The group, which sits between the corporate and litigation departments, is most known for focusing on insurance sector M&A deals, but it is also well-versed in policy and coverage issues, as well as issues pertaining to captive insurance linked securities and life insurance. Helen Wyatt  heads the team and alongside John Lewis, is adept at transactional work. Gordon Dawes

Mourant‘s private wealth practice spans contentious and non-contentious work, and draws on lawyers from across the firm’s offshore office network. The team is led by Gilly Kennedy-Smith, who has significant expertise in international tax and succession advice. Abel Lyall  is noted for representing trustees, settlors and beneficiaries in contentious and semi-contentious trust issues. Jeremy Wessels

is often instructed on contentious trust matters, as is Gordon Dawes