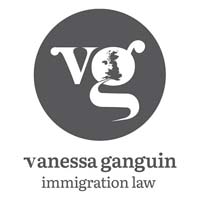 With a glittering legal career spanning over 45 years experience, “Philip Trott is a legendary figure in immigration law” according to The Spear’s 500 Top Recommended Immigration Lawyers.

Philip has joined Vanessa Ganguin as a Senior Counsel, working across the spectrum of business and personal immigration in which he has made a name for himself, representing the good, the bad and the very tricky cases too.

Philip has been described by Chambers and Partners as the “go to guy for any horrendously complex cases.” “You cannot get better,” according to Chambers High Net Worth 2021, “he is the godfather of immigration law.”

Philip is ranked a Thought Leader in Corporate Immigration according to Who’s Who Legal. And, unsurprisingly, with his roll call of clients, Philip also makes an appearance in the actual Who’s Who guide.

He is a winner of a Leaders in Law Global Award 2020 in the category of Immigration Law Expert of the Year in England.

Philip often provides expert comment on immigration issues on news and current affair shows on the BBC, ITV and Channel 4, and he also makes appearances as an immigration expert on the LBC radio.

Philip has contributed to several Lexis Nexis publications on the ever-changing immigration routes for creatives and sports as he is renowned for sports, arts, culture and media-related clients. He has also made a name for himself with tricky discretionary immigration applications outside the rules, as well as cases involving national security issues.

Philip’s commercial clients range from big household brands to the health, charity and faith sectors, as well as investors and start-ups. He has represented the Immigration Law Practitioners’ Association (ILPA) on the UK Visas and Immigration (UKVI) employer taskforce.

brings a wealth of experience acting for clients including entrepreneurs, start-ups, and charities, and on matters extending to complex appeals and national security cases.