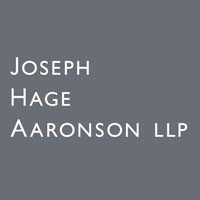 Iain was called to the Bar in 2006 and his practice focuses on contentious tax, fraud and investigations.  He has litigated several of the leading cases on HMRC investigative powers, VAT fraud, and the Knowledge/Means of Knowledge tests.

Iain manages a wide variety of work for an international client base, ranging from HNWIs to PLCs and owner-managed businesses to trusts and funds.  He is often sought out by other legal and professional advisors for a second opinion and to help ‘unlock’ long-running or complex disputes.

Before pupillage, Iain worked for HMRC Solicitor’s Office in both Excise and VAT. He has acted as counsel both for and against HMRC in a variety of disputes in the Tax Tribunal, Upper Tax Tribunal, High Court (Admin, ChD and Comm), Court of Appeal (Civil), House of Lords and UK Supreme Court.  He became a partner at JHA in 2021 and prior to that had been a tenant at a leading set of Chambers and a Dispute Resolution Partner at a City law firm.